Grootboom win a house of cards 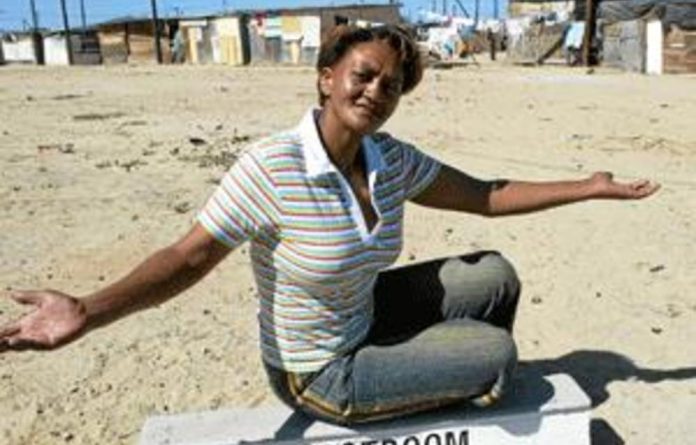 Irene Grootboom died in her shack. She was penniless and houseless, in spite of her name being associated with a Constitutional Court judgment delivered eight years earlier that is still lauded around the world as a jurisprudential landmark.

In 2000, the Constitutional Court declared that the state’s housing policy was unreasonable and invalid because it did not cater for the homeless — those in most urgent need of housing.

The court also found that while Grootboom, who lived and died in the Wallacedene informal settlement in Kraaifontein, Cape Town, could not demand a house from the state, she could ask government to act reasonably in devising and implementing “a comprehensive and co-ordinated programme to realise the right to access to adequate housing”.

The government was also compelled to provide alternative emergency accommodation for people when evictions occurred.

But Grootboom remained on a housing waiting list and in her shack until her death.

This was something that Dumisa Ntsebeza, an advocate and member of the Judicial Service Commission, said one needed to be mindful of when considering Justice Minister Jeff Radebe’s plan to evaluate the transformative impact of Constitutional Court judgments creating a “non-racial, non-sexist, equal and prosperous democratic society, founded on human rights”.

Said Ntsebeza: “The Grootboom judgment asserted her right to adequate housing, but Irene Grootboom was never provided with a house by the government. So it cannot be the court that failed Grootboom, unless you are saying that the courts are delivering impractical judgments. In evaluating Constitutional Court judgments, we also have to evaluate the transformative role of government when it comes to implementing these judgments.”

Judgments need to be implemented by government
The chairperson of the Western Cape Anti-Eviction Campaign, Mncedisi Twalo, reiterated that court judgments were still at the mercy of government implementation. “Grootboom was great in that the government had to provide emergency accommodation for people, but we now have a situation in which people are moved to temporary relocation areas with government-built shacks and in many cases, they are condemned to stay there for years with no information from the government about when they will be moved to proper housing.”

Twalo used Blikkiesdorp, a temporary relocation area built by the Democratic Alliance-run Cape Town municipality in 2007, as an example of the “dumping ground” created for people evicted from informal settlements around the city. For the optimistic in Blikkiesdorp, many of whom have lived there for the past five years, moving to proper housing may happen only in 2016.

Stuart Wilson, litigation director at the Socio-Economic Rights Institute, which has brought several applications to the Constitutional Court, said that while local governments’ use of temporary relocation areas appeared “the modish thing to do in Durban and Cape Town” and that “people can sit there for years” it does also “invite another development of jurisprudence”.

“In instances where the state may have chosen to water down and narrow the scope of its Grootboom obligations, one has to litigate again. It allows for a progressive strategy to develop the nuances and inflections of our jurisprudence that would not have been possible without Grootboom,” said Wilson.

Government must engage with residents over evictions
The Constitutional Court also handed down other socio-economic rights judgments linked to housing. In the 2008 Olivia Road judgment, the court found that government had a duty to “meaningfully engage” with residents over possible steps to alleviate their homelessness before evictions could occur.

In 2009, it also struck down the notorious KwaZulu-Natal Slums Act that would have allowed both the government and private landowners untrammelled powers to evict unlawful occupiers of land and place them in temporary relocation areas.

Sbu Zikode, the president of shackdweller movement Abahlali baseMjondolo, which brought the Slums Act application to the Constitutional Court, said that without the court’s decision “there is no doubt that informal settlements in Durban would have been bulldozed and shackdwellers in KZN would be living in government concentration camps”. Zikode said that in spite of the Grootboom and Olivia Road judgments, there remained a “realisation gap between the level of the judgment and the reality on the ground” and that there remained a “need for second-level access to the courts following judgments”.

Zikode said that in spite of Olivia Road calling for engagement between communities and government, this was often problematic.

“Engagement is usually a window-dressing exercise to show that government is listening to us but with no real results for the poor at the end of the day. Or it is a politicised process through ward councillors where if you are not an ANC member, your opinion will not be heard and you do not have access to jobs or services,” said Zikode. He said that local municipalities still attempted to evict communities without proper consultation on their future.

Wilson said that judgments like Olivia Road were a “decent shield” to stave off or postpone evictions of communities. He pointed out that halting evictions also gave communities the opportunity to organise themselves politically: “The poor do not just face one eviction, sometimes there is a cycle of three or four evictions in a year. By taking away that insecurity, judgments have helped communities focus on their own mobilisation.”

In 2009, the Constitutional Court delivered a structural order (and five different judgments) in the Joe Slovo settlement case — which also allowed for the eviction of the 4 000 families — setting out time frames for engagement between the community and provincial government for the provision of housing.

Subsequent engagement resolved that many of the families need not be relocated to Blikkiesdorp and according to Mzawanele Zulu of the Joe Slovo liberative residents movement, the community’s input was recognised in the process in spite of “hiccups and challenges”.

In evaluating the cases that come before the Constitutional Court and the judgments it subsequently delivers, Wilson said there was a need for public-interest law and grassroots organisations to “think more strategically and creatively about how the law can be used as a vehicle for change”. He also said that public-interest law organisations needed to follow-up on judgments and provide aftercare to ensure implementation.

This was something that Irene Grootboom’s legal representative, Ismail Jamie, conceded when talking to the M&G following her death: “I am sorry that we did not do enough follow-up after the judgment was given in her favour. I feel a deep regret today,” he said at the time.