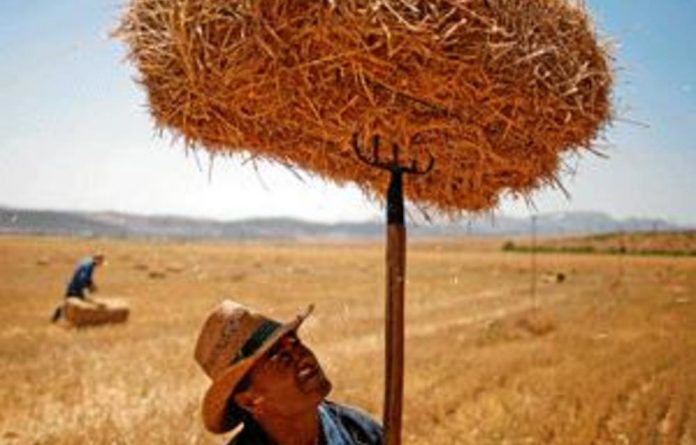 The low-lying flatlands around Valencia are still given over to growing paella rice. More than 100 years ago Britain was importing the staple from local co-operatives, with onions and garlic, to recreate the dish that in its modern chorizo and seafood form dates back to the early 19th century.

These days water shortages mean rice is almost a local novelty. Growing fruit and salad vegetables make up the bulk of food exports as the hills that surround Spain’s third-largest city provide the perfect environment for oranges, clementines, lemons and other citrus fruits.

Co-operatives are the backbone of a key industry the new right-wing government of Mariano Rajoy hopes will generate bigger export receipts and keep the country afloat.

Rajoy has his work cut out. For the past five years Spanish food and drink exports have been static. Before the credit crunch, exports were nudging higher but without much impetus. A slump in 2009 was followed by a slow recovery that puts the figures for sales in 2011 only slightly ahead of the peak in 2008.

The sluggish recovery of this key industry is one reason Rajoy is ready to battle the European Commission over plans for punitive fines for missing debt targets. He knows it will take time to push exports to new peaks against the headwinds of financial austerity and cheap foreign competition.

According to José Climent, the head of Spain’s Co-operativa Agricola, the country’s largest co-op, the pressure from retailers in northern Europe to supply produce all the year round, cut costs and adhere to ever-tighter environmental regulations is worse for the co-ops than the banking crisis. Climent says co-ops, after years of underinvestment, are too weak to comply with the demands of the big chains.

The bigger industrial concerns can meet the needs of cost-conscious and environmentally aware consumers. Guy Dixon, commercial director of the family-controlled private grower MartinAvarro, agrees that his firm, which has extensive citrus farms near Valencia and across the south of Spain, is better placed than the co-ops. MartinAvarro has long-established relationships with the big British supermarkets and the other major chains. When the Valencia fruit is exhausted, the company turns to its other Spanish farms to stretch the growing season.

Driving out of Valencia past its clementine and lemon groves, it is possible to see the neglect suffered by family-owned plots that make up the region’s co-operative membership. Fifteen or 20 trees on a plot no bigger than a tennis court, overgrown with weeds, often augmented by a rusty piece of machinery, is a common sight.

Climent believes there is almost a conspiracy against farmers with smallholdings, even when they club together into co-operatives. Co-operativa Agricola exports to supermarkets in the United Kingdom but Climent reserves most of his vitriol for the German chemicals giant Bayer, which he accuses of lobbying Brussels for more environment-friendly pesticides, which are less effective and must be used more often and costs the grower more.

Climent’s member farms are also under pressure to improve the shape and colour of fruit while keeping the price low. On this topic, he has another Ger­man company in his sights.

“The price of citrus fruits in Europe depends on the price decided by the chief buyer for Aldi. He sets the benchmark. But he is making 300% to 400% mark-ups on the price he pays us. And he helps Bayer because it will accept only fruit with pesticide residues that are a third of the European Union level. Aldi is the strictest in Europe,” he says.

In February Valencian citrus farmers protested outside the city’s largest Aldi and Lidl shops after the German supermarkets were accused of pushing down prices further.

MartinAvarro has invested heavily in the latest varieties and irrigation techniques to keep up with the environmental rules and demands of northern European customers. Last year he planted an Australian variety of the local navel orange with a better taste and faster growing time. But the investment will not pay off for at least five years.

In Madrid Rajoy is preparing to sanction tax relief for smaller businesses to break with a past that is characterised by tightly run family businesses, unwilling to innovate. He wants businesspeople to be rewarded for working harder with fewer barriers to taking on staff and generating profits.

Climent believes the co-op’s fortunes will change. There are plans to upgrade the main processing plant and support more farmers to improve the quality of their fruit and their yields. But his tone is gloomy.

“The private companies have different locations and sign all-year-round deals that maintain a constant supply. We can’t match that. And we struggle to compete with suppliers in North Africa. We must use labour that has full employment rights compared with Morocco where packers are paid €0.85 an hour compared with our €11 an hour.” And, adding insult to injury, they were not affected by EU environment regulations and could use two or three times as much pesticide. —