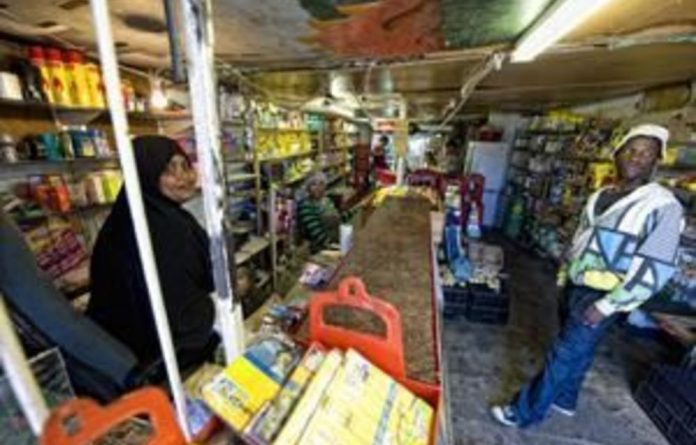 Foreigners who own spaza shops and other businesses may soon be subject to by-laws that could be stricter than their South African counterparts, according to a report on Saturday.

In the African National Congress’s peace and stability policy discussion document, the ruling party proposes that non-South Africans should not run spaza shops without adhering to certain legislated prescripts which may or may not apply to South Africans, The Saturday Star reported.

The proposal was a response to attacks on foreign shop owners who were mostly from Somalia and Pakistan.

“Non-South Africans should not be allowed to buy or run spaza shops or larger businesses without having to comply with certain legislated prescripts. By-laws need to be strengthened in this regard,” the policy document reads.

According to Wikipedia a spaza shop is defined as “an informal convenience shop business in South Africa, usually run from home. They also serve the purpose of supplementing household incomes of the owners, selling everyday small household items.

Suspicious of outsiders
With the on-going spates of violent attacks directed at foreigners running spaza shops in recent years, the ruling may have a negative impact on the small business owners.

In 2010 director of the Forced Migration Study Programme, Loren Landau, said: “Attacks on [foreign] entrepreneurs, in all of our research, have almost always been triggered either by business cartels or business owners who want to get rid of the competition or by local leaders who want the goods in those shops to be distributed to their supporters.

“In the context in which people are generally already suspicious of outsiders, they are then easily mobilised against foreigners who become the scapegoat for job losses.” Although they are not the only force behind the xenophobia of recent years, spaza shopowners’ complicity in it is well documented.