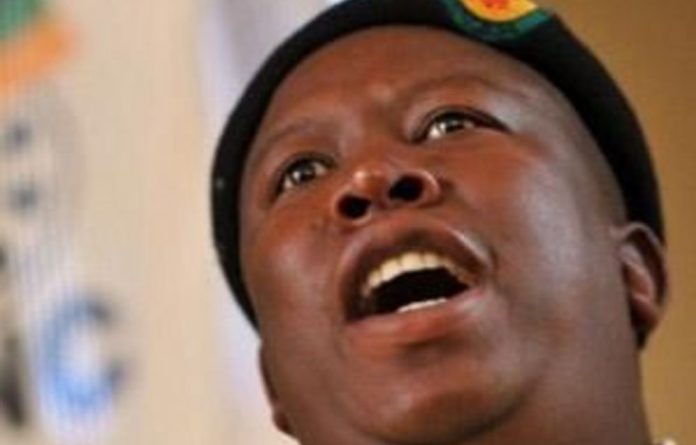 Some in the political hierarchy may be quietly rubbing their hands in glee at the prospect of an ANC without its former youth league leader to rock the boat while others are speculating on his future.

That speculation has hit the social networks and on Twitter the debate has been tweeting furiously on the subject of #JobsForJuju.

One tweeter, who calls himself Julius Malema, contributed to the debate saying that he could sell Tupperware or become a rep for a beauty products company.

There were a number of tweeters who suggest Juju could take a place in the Orlando Pirates soccer team. Exactly who he was expected to replace in the side was not revealed.

Ogaufi Ikaneng suggested that “we cud parachute him into the Presidency of Botswana”.

Another suggested that he could “sell matric certificate with woodwork” while Eugenia Masindi reckoned he would make a great marshal at a taxi rank.

Virgin Active gyms were brought into the debate with a suggestion he could become “the face of Virgin Active encouraging a healthy lifestyle in dealing with racist gym members”.

And lastly there was the tweeter who wanted to save on Scooters Pizza fuel costs suggesting Malema could ride a donkey to deliver pizzas. — Sapa