US: ‘Last chance’ for Iran 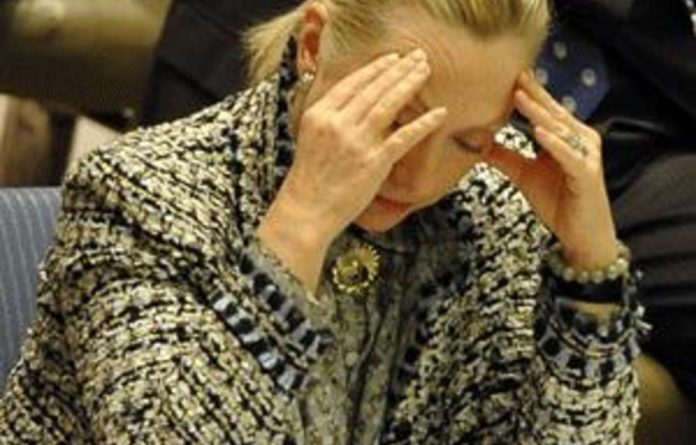 The US has asked Russia to warn Iran that it has a last chance in negotiations expected in April to avoid military strikes against its nuclear programme, a report said on Wednesday.

Russia’s Kommersant daily said US Secretary of State Hillary Clinton had told Russian Foreign Minister Sergei Lavrov that the talks between Iran and world powers were a “last chance” to resolve the crisis.

“She asked her Russian colleague to make this clear to the Iranian authorities” as Washington has no diplomatic relations with the Islamic Republic, the newspaper said.

Their discussion took place on Monday after the UN Security Council meeting on Syria in New York, it added.

The newspaper said that a precise date and location for the talks was still being decided.

Turkey’s Foreign Minister Ahmet Davutoglu said last month he expected the discussions to start in April at the latest.

The report gave no further details on the kind of military action Tehran faced but it said Russian diplomats at the UN believed it was a “matter of when, not if” Israel would strike against Iran.

Israel, as well as its main ally the US, has repeatedly refused to rule out using force against Iran over its nuclear programme, which the West suspects is aimed at making nuclear weapons.

Russia has always warned that military action against Iran risked having catastrophic consequences and has said that the crisis must be solved diplomatically.

But Kommersant said the Russian military was now at a state of “mobilised readiness” to protect the country from the knock-on effects of a possible conflict like an influx of refugees into neighbouring Azerbaijan. — AFP