A boost for mother-tongue learning 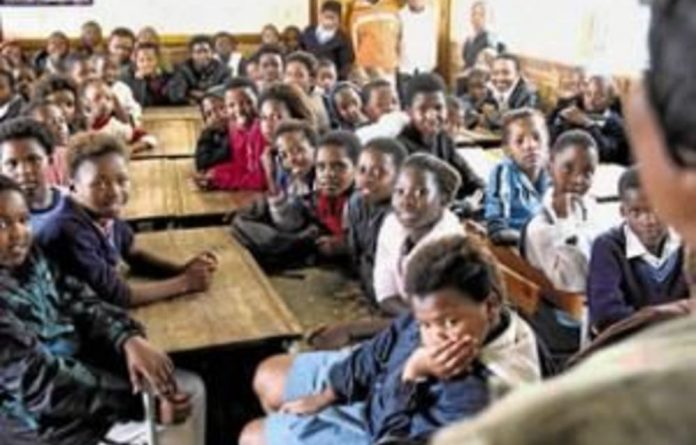 For all the problems in the Eastern Cape, recent developments in the province suggest ways to ­surmount persistent problems regarding language use in the ­classroom.

In South Africa the official language-medium policy for schools rests on what is termed mother tongue-based bilingual education. In essence, this policy advocates that pupils acquire high levels of proficiency in African languages as well as in English and it is aimed at developing bilingual and multilingual citizens.

However, there is insufficient political will in South Africa to implement a language in education policy across all provinces that is sufficiently based on the mother tongue.

Legislative and policy frameworks such as the South African Schools Act (1996) and the language in education policy (1997), among others, empower education departments and school communities to provide mother tongue-based education — the optimal learning environment. But speakers of African languages — and this category includes low-prestige varieties of Afrikaans — generally have only three years of schooling in their mother tongue, whereas mother-tongue speakers of English and many Afrikaans-speakers experience what language expert Neville Alexander has called “mother-tongue education from cradle to university”.

Expansion
The Eastern Cape education department is now taking the project of multilingual education much further than many other provinces are.

Last year it launched a project to advance mother tongue-based education to the first six years of schooling. With the sustained initiative of two successive Eastern Cape education ministers, Mahlubandile Qwase and Mandla Makupula, the department now has an office that has implemented this project to run to 2016. Its aims include using ­isiXhosa primarily and, in fewer schools, Sesotho for the first six years of schooling and introducing English from grade one onwards. Implementation is being conducted incrementally in 23 school districts and should cover all public schools in the province by 2016.

The project is complex for a number of reasons, not least widespread prejudice against African languages. This is shaped by the hegemony of English, which conditions many to feel sceptical about the power of African languages to function in a knowledge-based society.

As a central policy, the project therefore includes ongoing advocacy that all African languages are capable mediums for the highest of any society’s functions, such as education.

History bears this out. Any language is able to evolve to national or international significance if, for instance, it is girded by military and political force.

I am not, of course, advocating military action but instead, self-determination and linguistic expansion. The history of Afrikaans provides a good example because it entailed a ­counterhegemonic movement against the power of English, launched in the first half of the 20th century. At the time, it carried low status in the public domain, but it was elevated to a symbol of national power and became an instrument capable of highly sophisticated scientific and cultural expression.

The historical rise of Afrikaans contains a significant irony when it is compared with the Eastern Cape initiative. Mother-tongue education became official apartheid-state policy with the Bantu Education Act in 1953. This Act was framed by a separatist ideology and was geared to exclude African-language speakers from participation in the economic and political domains of life.

Schooling and language policy were used as instruments to keep the oppressed backward. Primary schooling in the mother tongue was extended to eight years as part of the apartheid intention to keep people within demarcated boundaries. Kathleen Heugh, a scholar of language policy in South Africa, has shown how this language-medium policy eventually led to better schooling results for all — including those discriminated against by the apartheid government.

The pass rates of matriculants who were African-language speakers increased from 43.5% in 1955 to 83.7% in 1976, her research, which was published in 2003, found. Using African languages and having committed teachers made academic success possible for those cohorts of matriculants.

Heugh’s research also observed that apartheid architects were (naturally) unaware that, three decades down the line from the 1950s, international research would reveal that the way they had applied their ­language in education policy was precisely what produced good academic results and bilingual citizens.

Textbooks in isiXhosa and other languages were produced, children were taught in their mother tongue for eight years and they were being taught English very well as a subject. Matriculants emerged proficient in both the mother tongue and English.

Turning policy on its head
The post-apartheid government turned all separatist policies on their head and legislated a multilingual language policy that, when applied to education, meant a mother- tongue approach. But, as a nation, we underestimated the aftermath of ­moedertaalonderwys (mother- tongue education) in one central way: it symbolised backwardness for most people because of the history of Bantu education. And so English became the language of aspiration, liberation and politics.

That is why addressing language attitudes is one of the fundamental tasks faced in projects such as the one the Eastern Cape is pioneering. Using African languages for the highest functions in society is a prere-quisite if democracy is to reflect the social and linguistic realities of South Africans.

More concretely, working towards education based on the mother tongue-bilingual model is essentially a nation-building task in that it seeks to evolve a society that develops confidence and competence in the majority of the population.

The Eastern Cape project’s concurrent activities take place in schools, districts and the policymaking spaces in the provincial government. These activities include eliciting ­support from publishing houses to produce textbooks in African languages, ­considering how to train teachers afresh, orienting officials on how to support schools, guiding schools’ language policy processes and bringing parents on board to play an active role.

The language of teaching and learning is not the only factor that has a bearing on educational outcomes but, with knowledgeable, disciplined and caring teachers, it is probably the most significant variable. This is a provincial project but it has nationwide implications: it seeks to address systematically a national dilemma of language-medium practices in schooling.

Daryl Braam is an education specialist in the Eastern Cape ­Socioeconomic Consultative ­Council, a policy research and development-planning ­organisation established in 1995 and funded by the premier’s office. Its aim is to “evolve new forms of development co-operation between government, labour, organised business and developmental non-governmental organisations”. (See www.ecsecc.org/homen)

Science has its own language

The case for dual-medium instruction