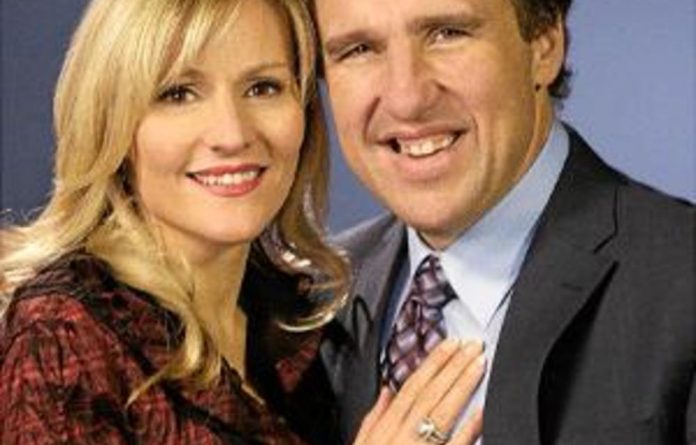 It sounds as though Rodney Howard-Browne is being heckled en mass as he preaches to his Florida congregation. It is the height of America’s Republican primaries and howls of laughter peal out from the pews as, in a nasal Eastern Cape accent, he declares the country’s politicians are “bought and paid for”, promising “The answer will not come from DC! The answer will come from JC!”

A congregant lies prostrate on the blue television-friendly carpet behind his glass pulpit as another collapses into an usher’s arms. Howard-Browne touches the man’s head and yells “fire!”. The congregants whoop and chuckle as the man known in the United States as “God’s bartender” describes how “the devil snuffed out” Whitney Houston in spite of her “powerful anointing” as a church choir singer.

Howard-Browne is an expatriate South African TV evangelist who has carved out a vast charismatic movement in spite of methods — including his “holy laughter” schtick — that have been rejected as cult-like by many mainstream Christian organisations. His message is a combination of brimstone and fire about God’s power, sprinkled with hipster references and a conviction that church — like Disneyland — should be “the happiest place on earth”.

Formerly associated with the Rhema Church in Johannesburg, the 50-year-old, who grew up in the Eastern Cape, claims to have “saved” hundreds of thousands of souls in crusades to Soweto, Umlazi and Mamelodi in 2004 and 2005. He cites precisely 177 600 “recorded decisions for Christ” in Soweto alone. Last year he took his fiery message to Namibia and Zimbabwe as part of a schedule that results in him travelling for as many as 46 weeks a year.

But his primary focus is triggering a “great awakening” in the US. Without it, he warns anyone who will listen, “the America you know will cease to exist”. This month he reminded congregants in his massive River Church in Tampa, Florida, that he and his South African wife, Adonica Weyers, were “missionaries sent from Africa to America to wake up this big giant — we got word from heaven”.

Howard-Browne first came to national prominence in the US in 1999 when his Revival Ministries organisation rented Madison Square Garden in New York for six weeks. It was an effort to achieve a Billy Graham-style faith uprising, but was derided in local media as a giant flop. The venue alone cost an estimated R50-million. Still, Howard-Browne’s organisation survived and bounced back.

‘Making the devil pay’
At the time, investigative journalists in his home town of Tampa reported that since arriving from South Africa almost penniless in December 1989, his sudden wealth included a boat, a Harley Davidson motorcycle, a home in one of Tampa’s exclusive gated communities and access to a private jet. But they could find no financial wrongdoing.

In 2002 Howard-Browne made headlines again when he publically declared war on Satan for “snuffing out” the life of his daughter, Kelly, who suffered from cystic fibrosis. He vowed to save 100-million souls and raise R8-billion to “make the devil pay”.

Meanwhile, the Florida chapter of the Republican Party has used one of Howard-Browne’s church buildings for political meetings for the past two years. Last month, he took his doomsday message to the Republican presidential campaign.

Hosting a rally for candidate Newt Gingrich at the River Church, Howard-Browne stole the spotlight by taking the already heated rhetoric of the campaign to searing new levels. He called for a national “rising” of Christian Americans “that will not sit idly by and allow the killing of unborn babies and allow Islam to take over this country”.

After the event he was rushed by reporters who thought he had described President Barack Obama as “the enemy” when declaring that God “brings kings down” and that “the enemy cannot have America”.

Howard-Browne denied having made the remark in direct reference to Obama when asked by the Mail & Guardian, but said that Obama was “going to bring us down after four more years”. He said lead candidate Governor Mitt Romney was also scheduled to speak at his church, but admitted that media coverage of his remarks about Romney’s Mormon faith had probably scuppered the visit.

At the Gingrich event he described Mormonism as a “cult” that, in the 19th century, “had death squads that would go around killing everybody that was not a Mormon”. Later he took the remark back, saying Mormons were “honourable people” and that a president of any faith would probably be “a puppet of an evil system”.

Notoriously specific
Given to wearing pinstripe suits and preaching with a headset microphone, the Pentecostal cleric is vague about his plans for American society, except for promises to “see the night clubs close down, the abortion clinics close down”.

But he is notoriously specific about the numbers of souls he says his Great Awakening movement has saved. This month, he gave the total as 1 356 665 souls saved in 77 countries, inspired by his revival movement and his Awakening broadcasts on TV and the web.

He has a broadcast deal with the Christian Television Network, a non-profit group of channels that reportedly has an audience of 15-million, and claims future satellite coverage will bring his message to 40-million homes around the world.

In one of his latest televised sermons Howard-Browne noted that, like most Christian associations, a fellow preacher had publically criticized his score-keeping on souls.

“I will number because I am on a quest to bring this harvest,” he said. “This week we broke all records; 3572 people saved just [by calling our prayer lines]. For the devil in hell, the demons are reporting a 9/11 every day because of the harvest of souls. He has watched HNN — Hell Network News — demons running around frantic, reporting total devastation! We’re toppling his kingdom. People are falling in love with Jesus all over again.”

Howard-Browne is one of four brothers who grew up in Port Elizabeth and East London. His father was a cleric and he became a Christian at age five. He describes practising punchy sermons on his teddy bears as a child.

In the early 1980s the burly, amiable preacher played rugby for his province as a flank. He volunteered for Youth for Christ before doing a teaching stint with Ray McCauly’s Rhema bible school in Johannesburg.

‘Holy Ghost bartender’
He told the M&G that he, his wife and their three young children arrived in the US with R1 000 following a divine vision that convinced him to reverse the traditional West-to-Africa missionary route. He added that his “Holy Ghost bartender” tag derived from the fact that “the Bible refers to the Holy Spirit as being the new wine and I like to say at our services that we’re serving the new wine”.

But critics said it also stemmed from his raucous church services in which members of the 1 500-strong congregations giggle with apparent drunkenness and sometimes literally roll in the aisles with “holy laughter”. He said it was a method of “restoring joy” empowered by the Holy Spirit.

Yet Howard-Browne is also widely credited with having one of the most racially and economically diverse congregations in Florida. It feeds hundreds of poor Tampa families weekly and at his televised Sunday services dishes out huge checks to members facing financial crises. He said his international ministry had a “mailing list of 300000 people”, a fact not lost on Gingrich’s political staff.

The Christian Research Institute has labelled his operation a “cult” and called the man “a good stage hypnotist” who has made millions from vulnerable believers.

Ole Anthony, director of the TV evangelist watchdog, Trinity Foundation, told the M&G that Howard-Browne was “goofy” and that “his theology is ridiculous”. But Anthony said he was not aware of any allegations of wrongdoing against Revival Ministries.

Fiercely loyal
Howard-Browne’s followers remain fiercely loyal and many believe he is a prophet. One member, Laura Corson, from New Hampshire, once told the Tampa Tribune that she had moved to Florida just to attend his church.

“When he prays for me, there’s such a power from God that flows through him that it overcomes me and I can’t stand on my feet.”

Howard-Browne is prone to making gaffes about other religions, such as his reference to the “Jewish knives of circumcision” or the “threat” of Islam. But senior international church leaders, such as Australia’s Dr Andrew Evans, insist that he has a rare gift and the potential to spark sweeping change.

In a church report Evans wrote that “much misinformation had been circulated” about the South African pastor but that he had “revolutionised” the Assemblies of God Church on a crusade to Australia.

Ever happy to discuss criticism, Howard-Browne told his congregation recently: “They call me a snake handler. I’ve never seen a snake in here, though I’ve seen a few media people slithering out of here. You are those happy clappers, those roll-on-the-floor tongue talkers, they say. Yes, we are! And we’re coming after you.”