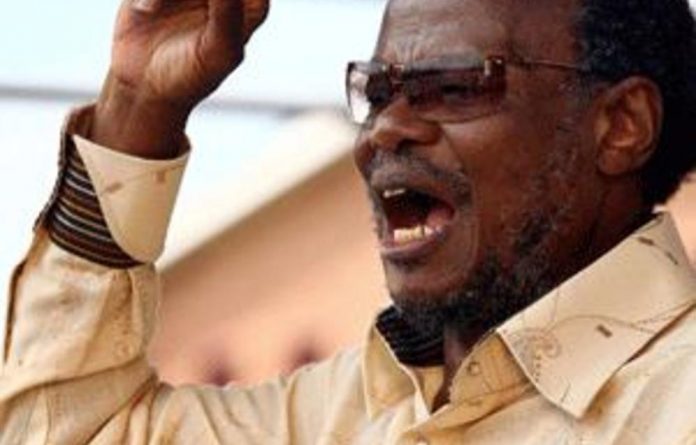 I am hardly surprised by the comments made in the Mail & Guardian (“‘Buthelezi must back off from NFP‘”, March 9), by Maliyakhe Shelembe of the National Freedom Party (NFP) and independent researcher Mary de Haas, to the effect that my party, the Inkatha Freedom Party (IFP) and I are somehow responsible for the recent spate of political violence that has erupted in Umlazi, just because we dare to call a spade a spade.

I have suffered years of vilification and Buthelezi-bashing. This is not something new. And, throughout the decades, the IFP’s detractors have used a powerful propaganda machine in their desperate attempts to portray the IFP as a violent party.

Yet, in spite of these attempts to create this image of me and the IFP, Anthea Jeffrey’s seminal tome, People’s War, has exposed the truth in this matter. The truth is there for all to see as to who was driving the violence agenda. I paid a heavy price for my rejection of the “armed struggle” agenda.

The reality is that a number of the IFP’s leaders have been murdered since 2009 in Gauteng and in KwaZulu-Natal, including Estcourt, where Shelembe was the former mayor. And, exactly as happened in the cases of more than 400 of our slain leaders, no one has been arrested.

In fact, at Enseleni in 2010, when the present leader of the NFP was speaking (before she defected to form the NFP), one of our members was shot at. He had to have his leg amputated. The leader of the NFP commented that he deserved what happened to him, for “they” had invaded her meeting.

It is therefore unimaginative of Shelembe and De Haas to stir up the same stale propaganda when they claim that my statements pointing out that the NFP was a project of the ANC are somehow incitement to violence. I am not surprised by the biased role of De Haas, which she has played over decades.

So, beyond the smoke-and-mirror arguments and the anti-Buthelezi propaganda, the reality is that the political violence between the IFP and NFP that has reared its ugly head again in KwaZulu-Natal is rooted in the culture of political intolerance and in the belief that political objectives can be achieved through violence.

I have never believed that any political objective could be achieved by violence, which led me to reject the armed struggle waged by the ANC, opting rather for a steadfast defence of the method of nonviolence, negotiations and more negotiations.

It is with this same message that I led a high-level delegation of leaders of the IFP’s national executive committee to the people of Umlazi on February 27. Our message was clear: the violence must stop and the creation of so-called “no-go areas” is unacceptable.

But we went further than that. I rebuked both sides for the violence. I reaffirmed the IFP’s commitment as a party that rejects any form of violence. My entire legacy stands as testimony to this truth. We are a party of peace. We are a party committed to political tolerance, multi-party democracy and achieving lasting peace in KwaZulu-Natal.

As I have pointed out time and again, the IFP has nothing to gain from violence. We have done nothing to foment it while doing everything possible to prevent and stop it.

The NFP now bears the responsibility of joining hands with me in solving this crisis. Pointing a finger at me won’t solve the problem; it only speaks of political immaturity and intolerance. Now is the time to grow up into political adulthood and turn a page in our history so that violence will never again be used as a tool of political action.

Prince Mangosuthu Buthelezi is president of the IFP and an MP