‘Buthelezi must back off from NFP’ 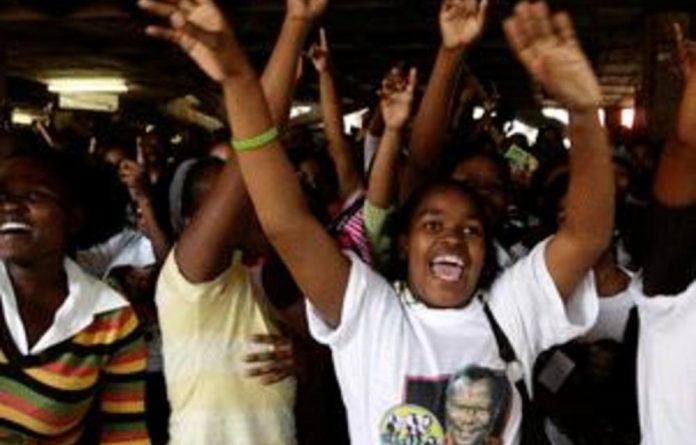 The Inkatha Freedom Party (IFP) and the National Freedom Party (NFP) are engaged in ongoing peace talks aimed at quelling violence between their supporters in Umlazi, but a top-ranking NFP member says the talks will be effective only if IFP leader Mangosuthu Buthelezi changes the focus of his political speeches.

“Time and again, wherever he goes, he criticises [NFP leader] Zanele Magwaza-Msibi and calls the NFP a project of the ANC. That statement itself is violent,” said Maliyakhe Shelembe, national chairperson of the NFP.

“If members of the IFP hear him speaking badly about the NFP leader they will not respect the right of people to affiliate themselves to the NFP. As leaders, we need to speak about development in our political gatherings. South Africa is facing a housing shortage, people do not have electricity — these are the things we need to address. But the IFP leader, in all gatherings, is speaking about Magwaza-Msibi, how she’s no longer a part of the IFP. This is provoking violence.”

Violence between the parties results in two deaths
Clashes between supporters of the rival parties broke out at Umlazi’s unit 17 hostel two weeks ago. A man was killed, a woman died of a heart attack and several homes and vehicles were set alight.

Independent researcher Mary de Haas, who has been monitoring political violence in KwaZulu-Natal since the mid-1980s, said some of Buthelezi’s statements could be interpreted by his supporters as an incitement to violence, particularly in the hostel context.

“Hostels have been IFP strongholds. If Buthelezi has said there’s collusion between the ANC and the NFP you could say that, to IFP supporters, it would almost be like the ANC infiltrating an IFP stronghold through the NFP. Hostels were built for rural migrants — these are ordinary, fairly unsophisticated and conservative people. To them such statements might send a message like ‘Now we have people very close to the ANC who have taken over part of our territory’. Securing control of territory has been a very strong component of violence,” De Haas said.

But, according to IFP national council member Albert Mncwango, who is also leading the party’s delegation at the peace talks, the violence could not be attributed solely to political tensions.

“On the face of it, it was an IFP-NFP conflict, but going deeper beyond that you can see that there are underlying problems and tensions building over time, which precede the formation of the NFP.”

Service delivery also blamed for the violence
The main issue was that of service delivery in the hostel, he said. “You won’t believe that there are human beings living in such conditions in South Africa 18 years after democracy. They have no running water or decent toilet facilities. You can’t see the houses because of the bushes. No one seems to care that the area is actually inhabited by human beings. The sum total of these issues can contribute to tensions.”

“Tensions are subsiding in that particular area. There are a number of others involved in the process besides the two parties, like representatives of eThekwini municipality, who are responsible for the lack of service delivery in that area.”

He added that the issue of poor policing had also been raised during the peace talks.

“Residents have complained that the police are not helping things with the way in which they operate in the area. The local police forum has effectively collapsed and there is no communication between ­residents and the police.”

De Haas said proper policing, particularly in the intelligence department, was crucial to ending any kind of violence. “Intelligence-driven operations are needed. They will identify who has the guns, where they are, who the ringleaders are. We should have sector policing in areas like Umlazi, monitoring and patrolling the area.

“What you want is the arrest and conviction of anyone involved in violence — the message has to get across that violence doesn’t pay. If you perpetrate violence, regardless of the motive, you should be arrested and convicted and people should know you didn’t get away with it. As long as people are allowed to get away with political violence, it will continue happening.”

A year into Covid, Durban’s beachfront farmers are still tilling the soil

Do monarchies in Africa serve their people?