Spooks at play in succession politics 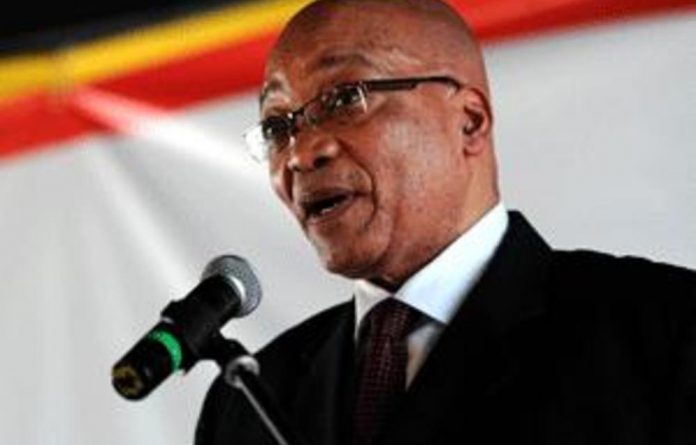 Jacob Zuma wrote the script when he was fighting his way back to high office after the 2005 nadir of the Schabir Shaik verdict and his sacking: state intelligence resources are being employed in a conspiracy against me and, by virtue of that fact, you should ignore the evidence piled up against me. This is how power was contested, he taught us, not at the ballot box or in the public sphere, but in the spook-haunted corridors of the secret state.

It worked, of course, like gangbusters. ANC branches voted at Polokwane for the victim of Mbeki-ite machinations and Mokotedi Mpshe, then acting national director of public prosecutions, was persuaded by a cache of spy tapes to drop the criminal charges against Zuma.

Having popularised this technique for dealing with political scandal and potential criminal sanction, Zuma should not be surprised when it is used by his opponents, including Julius Malema and Kgalema Motlanthe, as the universal solvent for scandal.

The Sunday Times reported last weekend that Motlanthe’s romantic partner, Gugu Mtshali, solicited a huge fee in return for securing government support for sanctions busters who were trying to sell helicopter spares to Iran. Motlanthe and those around him clearly assume that the story became public because his leadership challenge to Zuma is becoming more open.

We have no insight into whether that was a factor, but there is no evidence yet that it was. As with Zuma, we would do well to focus on the facts. The proof of Mtshali’s involvement, and of the successful procurement of government support, seems solid. Whatever you think of United States sanctions against Iran and the rising chorus of voices prophesying war, the fact is that it is South Africa’s responsibility to uphold United Nations sanctions. Indeed, doing so is at the core of the government’s oft-stated commitment to multilateralism.

If Mtshali used her proximity to the deputy president, and the government’s broad sympathy with the Iranian position, to assist in breaking those sanctions, that is deeply damaging to Motlanthe — whether he knew about it or not. And the fact that Mtshali previously worked for ANC treasurer general Mathews Phosa, who is politically aligned to Motlanthe and was thus close to party funding arrangements, does not help his cause.

Motlanthe has some form in this area. In 2001, when Iraq was under UN sanctions and facing the threat of invasion, he helped to procure support for ANC-linked businesses to obtain crude oil allocations that subverted oil-for-food programme rules. Switch Mendi Msimang as treasurer for Phosa and Sandi Majali as businessman for Mtshali, and it all feels worryingly familiar.

We have no doubt that the intelligence structures of the state and ruling party are deeply involved in succession politics. When Frank Chikane spoke out this week against the spook tendency, he did so from personal experience, although we may ask whether he was entirely innocent of it himself.

As we report this week, Zuma is clearly seeking to ensure that the official spies, at least, are loyal to him personally. A powerful person who believes deeply in conspiracy soon enough engages in it. We need to be alert to the shadow play going on around us.

That does not mean, however, that we should cut our ties with reality. Neither should Thuli Madonsela when she investigates the Mtshali mess.