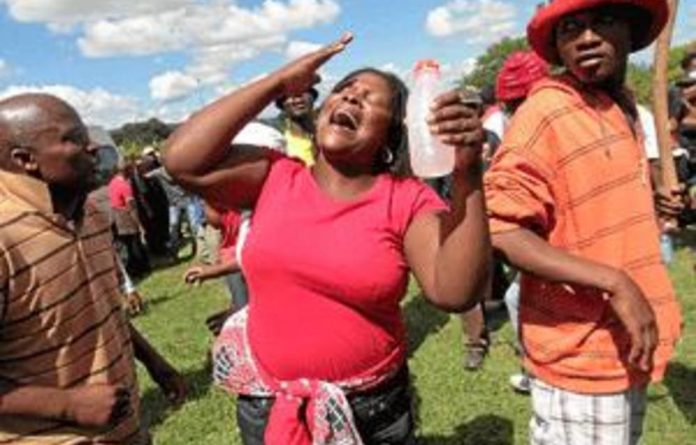 Swaziland’s students have pledged to bring their country to a standstill on March 21 as they take to the streets to voice their anger about education funding cuts and new political conditions placed on study bursaries.

The students say the proposed 60% cut in allowances will put tertiary education out of the reach of many poorer families. They are also angry that scholarships will not be awarded to students who are members of political parties, which are banned in Swaziland.

Although some money has been coming through, more than 500 students were still waiting at home and missing classes, said Maxwell Dlamini, president of the Swaziland National Union of Students.

Dlamini, who was released on bail in February after spending 10 months behind bars accused of possession of explosives, told the Mail & Guardian: “This is an urgent issue. We are watching our military and royal family get more and more money, yet allowances are being taken away from students and our education is suffering.”

Dlamini said the refusal of the government to discuss the issue or respond to a petition and class boycott last week gave the student union no choice but to stage a large-scale protest in the capital, Mbabane, on March 21.

Student Representative Council president Sibusiso Nhlabatsi said: “Our starting point is the treatment of students, but we are also marching for democracy because, for us, the failings of this government stem back to the fact that we are not democratic and there is a lack of transparency and good governance.”

Clashes with police expected
Nhlabatsi said it was inevitable that there would be clashes with the police, who, he said, would do all they could to make things difficult for the students to hold the march.

“We are all already under surveillance. There are plain-clothes security operatives everywhere. They think we cannot tell who they are, but we know and we know they are listening to all our phone calls.”

The student action comes as the country’s newly formed Trade Union Congress of Swaziland set out its stall at the weekend, pledging at its inaugural congress to boycott the 2013 elections and continue fighting for multiparty democracy.

In a country in which political parties are banned, labour unions have become the de facto opposition. Last year several demonstrations they staged against plans to cut salaries and jobs evolved into full-blown anti-government protests calling for regime change.

The congress’s first test will be on April 12, the anniversary of the 1973 decree passed by King Sobhuzha outlawing political parties and giving the monarchy full executive and legislative powers. It is a traditional protest event on the Swazi calendar.

“We do not know if the marches will be as big as last year, but for us the issues have not changed. We need political reform in Swaziland.”

Some recent anti-government demonstrations have sparked heavy-handed reactions from Swaziland’s police and correctional services, which are always deployed in large numbers to supervise protesters.

Last year, several union leaders were rounded up and driven to a remote location by police officers in an attempt to disrupt the demonstrations. A group of teachers was also tear-gassed in a community hall and a number of foreign journalists arrested.

Government spokesperson Percy Simelane hit back at criticism, saying that unions were free to demonstrate as long as they followed procedure.

“But actually, we are not expecting a lot of people to turn out. We are not in the least bit threatened and we do not expect a revolution to happen any time soon.”