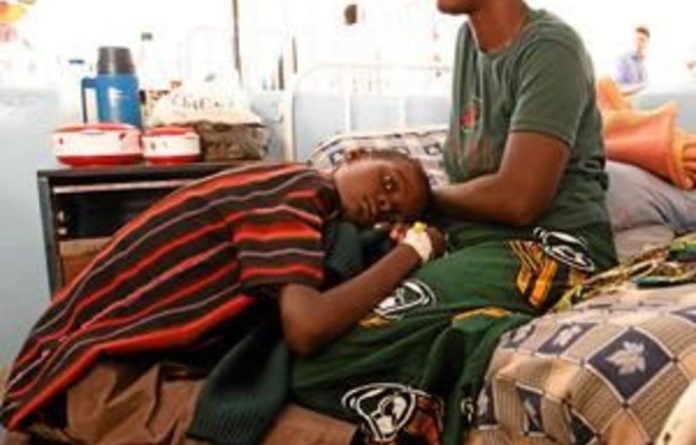 Zambian leaders, including President Michael Sata, have flocked to South Africa for medical treatment at government expense, prompting a leading non-governmental organisation to complain that “they have no confidence in their own healthcare system”.

This week, a Zambian doctor who has emigrated to New Zealand blamed the lack of government investment in the state health sector for the skills drain and the worsening crisis in the country’s health services.

Contacted in Christchurch, Mwandila Munanga (35) said it had been frustrating to have to turn patients away because of inadequate facilities. “In medical school, and even more when I started working, I would struggle to help suffering patients due to a lack of certain health resources. I always knew that we could do better,” Munanga said.

The NGO, which cannot be named for fear of government reprisal, said that Sata and his wife, Christine Kaseba-Sata, had been direct beneficiaries of government-funded treatment in South Africa while he was in opposition.

In January last year Sata wrote to thank the then president, Rupiah Banda, for evacuating his wife to South Africa. However, he added the cheeky implied criticism that “healthcare must become a human right by law, [rather than being] for the privileged few, after 46 years of independence”.

Other top politicians who have benefited include Banda, former president Frederick Chiluba and the late local government minister, Ben Tetamshimba.

The Mail & Guardian understands that the late president, Levy Mwanawasa, broke with tradition by not travelling to South Africa for medical check-ups. Instead, he flew to England for this purpose during the eight years of his presidency.

Experts say the health system has suffered under government austerity measures designed to tame inflation and tighten fiscal discipline. About 64% of Zambians live on less than $1 a day.

In 2010 the World Bank reported that the Zambian health system’s staff vacancies exceeded 33% and that 69% of professional posts were not filled, with “doctors, nurses, midwives and lab technicians in acute shortage”.

The bank’s country report added: “Patient queues and waiting times are long, averaging 65 minutes. More seriously, the length of time being spent on patient care is being compromised. Facilities are increasingly relying on expatriate staff and volunteer staff.” It said “the human resources situation in Zambia is in a state of crisis”.

The health ministry acknowledges the staff shortages in Zambia’s 2011 national action plan, which states that 29 533 staff are employed in the health sector — or 57% of capacity. The average patient-to-doctor ratio is about 10 000:1, about double the World Health Organisation’s recommended ratio.

Public service sources say treatment junkets abroad by Zambian politicians have cost taxpayers billions of kwacha. The M&G asked the spokesperson for the Zambian health ministry, Kamoto Mbewe, how much such trips cost the government, but three weeks later he had not responded.

Natalie Jackson, client services manager at Morningside Hospital in Johannesburg, confirmed that many Zambians came to the hospital for specialised treatment, but declined to give details.

Treatment at South Africa’s private clinics is not cheap. The Morningside tariff schedule shows, for example, that the rate for a private ward — which Zambian senior officials are known to use — is R3 199.70 a day.

In theory, there is universal access to Zambia’s health system, but in practice access is limited by the underfunding of hospitals and clinics and a shortage of doctors and nurses.

Most health institutions are in a dilapidated state and have no drugs to dispense to patients. In many cases only over-the-counter painkillers are dispensed, even for serious conditions.

New state hospitals have sprung up, including the Levy Mwanawasa General Hospital in Lusaka, but they lack vital equipment and staff.

Relatives of a patient admitted to the newly built hospital after a miscarriage were advised to take blood samples to a private hospital for diagnosis. “We were told to take the samples to St John’s Hospital. This is too much for the family; we have no more money left,” said a relative, who asked to remain anonymous.

In November three leading civil society organisations, the Civil Society for Poverty Reduction, Caritas Zambia and the Jesuit Centre for Theological Reflections, urged the government to abide by the Abuja Declaration, an African Union instrument, and allocate 15% of the total national budget to the health sector.

“Allocation to the health sector is 9.31% of the total budget,” the organisations said in a petition to the finance ministry. “Though this is a significant increment, it falls below the Abuja commitment.”

Munanga said the stark contrast between the quality of healthcare in Zambia and that in New Zealand had reinforced his commitment to make a difference in his home country.

In 2009 he teamed up with other doctors in New Zealand through the Mutima (heart) project to provide heart operation services to poor Zambians. “There is no established cardiothoracic service in Zambia,” Munanga said.

A well-placed government source said the lack of trained medical staff was most severe in rural Zambia, where people sometimes had to travel hundreds of kilometres for a rushed consultation.

“The health sector is one of the most neglected and I do not see how we can reach the Millennium Development Goals on health by 2015,” the source said.

Sata recently directed the finance minister, Alexander Chikwanda, to explore ways of improving the remuneration of doctors as a way of “putting more money in their pockets and improving health”.