WikiLeaks founder Assange to run for senate in Aus 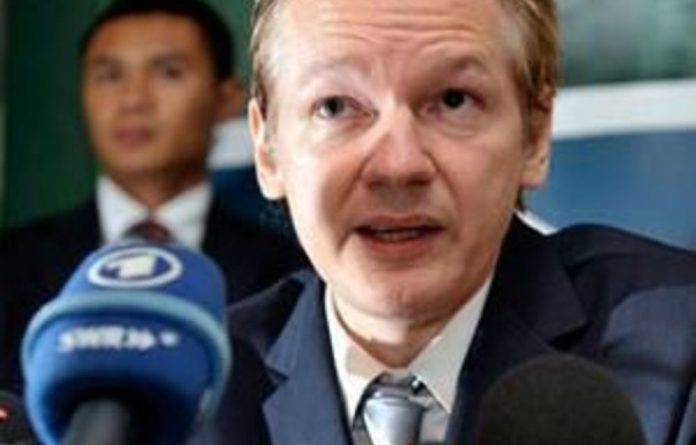 WikiLeaks founder Julian Assange is planning to run for election to the Australian senate, the organisation announced Saturday on Twitter.

Assange, an Australian citizen, is on bail awaiting a British court decision on his appeal against extradition to Sweden on sexual assault allegations.

He strongly denies the assault claims, saying they are politically motivated and linked to the activities of WikiLeaks, which has published thousands of confidential documents on the Internet.

The whistle-blowing website said it appeared that the 40-year-old’s current legal situation did not rule him out of running for Australia’s upper house.

“We have discovered that it is possible for Julian Assange to run for the Australian Senate while detained,” WikiLeaks said on Twitter. “Julian has decided to run.”

WikiLeaks said it will also field a candidate to run directly against Prime Minister Julia Gillard in her lower house electorate of Lalor, in Victoria, in the elections, which are due in 2013.

Each of Australia’s states is represented by 12 senators, with half-senate elections for some 40 vacancies generally held at the same time as national polls for the lower House of Representatives.

The “state Julian will run for will be announced at the appropriate time”, WikiLeaks said.

Gillard vs. Julian
The Australian government has previously blasted WikiLeaks, with Gillard describing its release of US diplomatic cables as “grossly irresponsible”.

Gillard’s government ordered Australian police to investigate whether WikiLeaks had broken Australian law, but they reported back in 2010 it had not broken any under their jurisdiction in releasing the cables.

Assange is fighting being sent to Stockholm because he fears it would open the way for his extradition to the US to face charges of spying linked to the leaking of classified military documents by US soldier Bradley Manning.

Manning has been formally charged for allegedly turning over a trove of classified US documents to WikiLeaks in one of the most serious intelligence breaches in US history.

Australian Greens Senator Scott Ludlam, who has been critical of the government’s handling of the case, called on Canberra to oppose any attempts to transfer Assange to the US.

Ludlam told AFP he had no knowledge of Assange’s plans to run for the Senate, but that he had the right to do so as an Australian citizen, and his running for office could boost the profile of his extradition case.

Wikileaks.org was set up by a group including Assange, a former computer hacker, in late 2006 to let whistleblowers post sensitive documents on the Internet without being traced.

The group has since released thousands classified US military documents on the wars in Afghanistan and Iraq and more than 250,000 classified US diplomatic cables, many of which were deeply embarrassing to Washington. — AFP