Caught up in digital hedonism 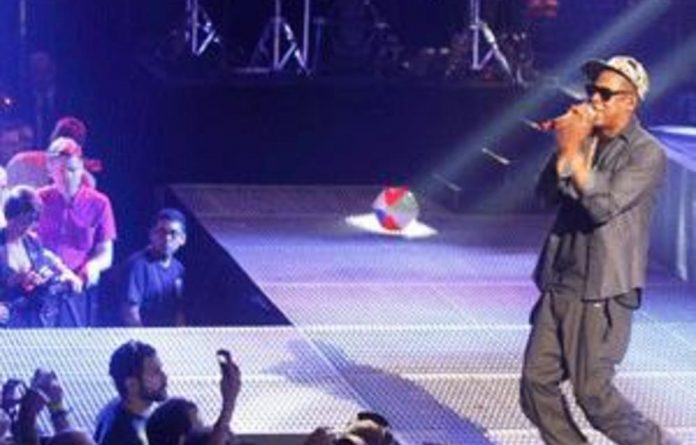 The annual South by Southwest festival, or South By as the regulars call it, in Austin, Texas, is an almost overwhelming experience, especially if you attend all three of the streams running over the nine days: film, interactive media and music. It is hard enough juggling the juicy talks, panels and workshops just in the interactive stream.

Forget choosing whether you want to watch chef Anthony Bourdain and his team from the series No Reservation discussing how they use social media to promote the show, or attend a panel on audiencecentric media and how to predict news consumers’ needs. Just picking the right stream in interactive, where you can choose from “Journalism and Online Content”, “Culture, Science and Play”, “Branding and Marketing” or any other of 13 options, is frustrating enough.

It is a crude analogy but not without substance. With a conference this large, it is impossible to identify a unifying theme. There are certainly some leitmotifs, perhaps best expressed by memorable moments.

Executive editor of the New York Times Jill Abramson spoke on “The Future of The New York Times” and South African newspapers will be gratified to know that most of them are pretty much on the right track when it comes to survival and growing their digital businesses. According to Abramson, the circulation of the New York Times rose significantly when they started selling digital subscriptions.

Public editor would’ve made a big difference
Of relevance to the debate about media freedom in South Africa was her suggestion that, with hindsight, the editorial stance of the New York Times might have been a little more critical of American intervention during the first war in Iraq if it had had a public editor at the time.

Also intriguing was a panel on “Real-time Newsjacking”, which addressed how to use topical news to make your content, brand or idea stand out. In a similar vein, “Is Aggregation Theft?” spoke about the phenomenon that is the Huffington Post, a site grown monstrous by feeding on the hard work of other publications — or, depending on your point of view, a site that is so good at curating content that it has been rewarded with millions of readers. The general consensus from the panel seemed to be that aggregation was here to stay, especially given the ubiquity of Facebook and Twitter sharing, and that sites had to be happy with referral traffic.

The beauty of SxSW, though, is how much value you can get from attending talks and events that are not necessarily part of the stream presupposed by your industry.

Watching former Red Hot Chilli Peppers drummer Cliff Martinez discuss the methodology he has developed while doing soundtracks on movies, from Sex, Lies and Videotape to 2010’s Drive, gave insight into the way the digital world has changed how creativity is fostered.

Watching director Richard Linklater and music supervisor Randall Poster in conversation about the great movies they have collaborated on, such as School of Rock, was also learning about how the film industry has had to evolve to meet the demands of the digital age.

For music fans, the expo and conference are complemented by a large number of bands gigging. These range from the small local ones to relatively niched acts such as Jim White and M Ward and giants such as Jay-Z and Bruce Springsteen.

Even these events have much to teach about the digital landscape. The Jay-Z gig, for example, was streamed live on YouTube to thousands of fans as part of an Amex promotion.

In the final analysis, the real value of South by Southwest is not just the lessons taken from individual panels or talks. It is also in being absorbed into an almost religiously digital universe and about being bombarded by new ideas and off-kilter ways of thinking.

You will take away some practical chunks of knowledge, but you will also leave with the wherewithal to create your own ideas and inventions.