Stars turn the corner in Premiership 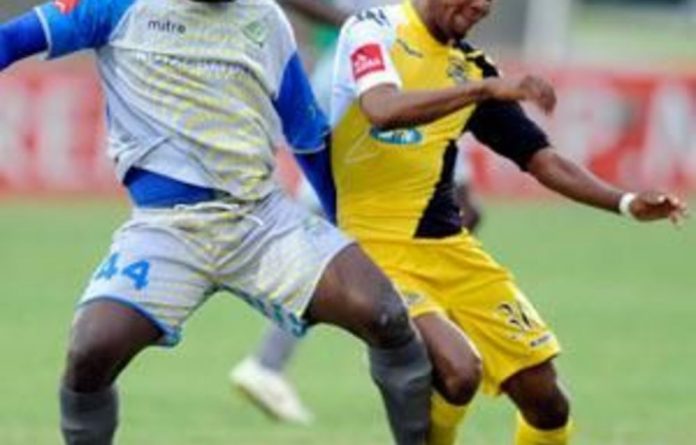 With their third win on the trot in the Premiership, Platinum Stars look to be turning the corner as they move clear of the relegation zone.

Stars secured a late winner against Black Leopards at Giyani Stadium on Sunday, running run out 3-2 victors and rising to 12th on the log, now eight points ahead of Leopards, who are second from bottom.

The significance of their recent points haul was not lost on stand-in Stars coach Cavin Johnson.

“We haven’t won three games in a row for many years and today we just took the hoodoo away,” Johnson said.

While he believed his side deserved the win, Johnson said the match could have gone either way.

“They could have won the game as well. I thought it was a game of maybe five halves,” he said.

“We scored the two goals in the first half, then we allowed them to get back at us and I had to make a couple of changes towards the end, and that’s how desperate I was to win the game.

“I was never going to go home with one point.”

Loftier ambitions
Bloemfontein Celtic have much loftier ambitions as they lie in eighth position after a 2-0 win over Santos at Botshabelo Stadium, leaving them on 29 points with 10 games left in the league campaign.

“Once again it was a good team performance,” said Celtic coach Clinton Larsen.

“The boys created so many chances in the first half but they wasted them. That’s been the story of our season.

“But I’m happy with three points and to be lying eighth in the table and hopefully we can repeat this kind of performance in the last 10 games.”

Elsewhere at the weekend, Orlando Pirates came out victorious in the Soweto derby at a capacity FNB stadium on Saturday, holding on for a 3-2 win over Kaizer Chiefs.

Benni McCarthy inspired the Buccanneers to victory with a brace inside the first 24 minutes.

Resounding win
Mamelodi Sundowns entrenched their position at the summit of the Premiership log, four points ahead of Pirates, with a resounding 3-0 win away from home over Ajax Cape Town.

Free State Stars also notched up an impressive away win, as they were too good for Wits in a 3-1 trouncing of the Clever Boys at Bidvest Stadium and Golden Arrows thumped Maritzburg United at Princess Magogo Stadium, running out 4-1 winners.

Moroka Swallows dropped points at home to AmaZulu, playing to a 1-1 draw, while SuperSport continued their poor run of results with a goalless stalemate against bottom of the log Jomo Cosmos.