The economic week ahead: Signs of progress or peril? 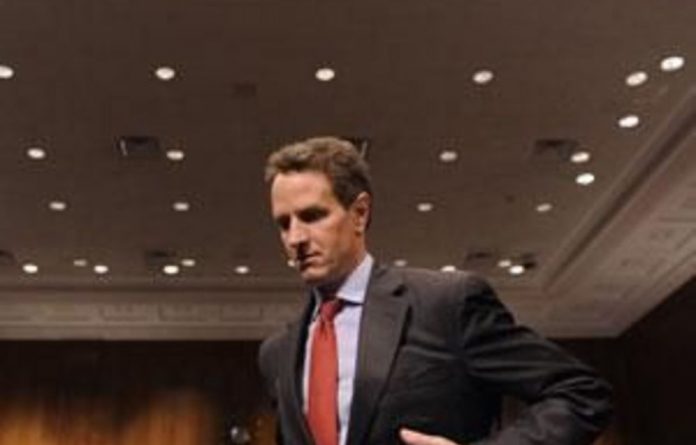 Speaking in New York this past Thursday, US Treasury Secretary Timothy Geithner said that the recent actions of European policymakers had “substantially calmed the really acute financial tensions of the past 18 months”. But risks, particularly those posed by high and rising oil prices, remain. This week, a series of data releases will show how the world’s economies are faring in the face of an uncertain future.

United States
A slew of housing data will dominate an otherwise light week for statistical releases in the world’s largest economy this week. Taken as a whole, most analysts expect the information to show continuing improvement in America’s long distressed housing sector.

On Monday, America’ National Association of Home Builders will release their March housing market index. Economists surveyed by Bloomberg expect this measure of members’ perceptions of the overall economy and housing market to rise, albeit only slightly, for the sixth straight month.

On Tuesday, government data on housing starts, which measure the commencement of new construction, will take centre stage. Economists surveyed by Dow Jones newswires expect the figures to show that the annual pace of housing starts rose from 699 000 units in January to 710 000 in February. Over the same period, the pace of new construction permits issued is also expected to have picked up, from 676 000 to 700 000.

On Wednesday, analysts expect statistics from America’s National Association of Realtors to show that the annual pace of existing home sales accelerated to 4.64-million units in February from 4.57-million in January, which was a 20-month high.

On Thursday, the Federal Housing Finance Agency will issue its monthly price report for January. The consensus forecast among economists surveyed by Dow Jones is for a 0.2% increase in prices in this week’s release. Analysts surveyed by Bloomberg are more optimistic, predicting a 0.4% rise.

Finally, on Friday, economists expect government figures to show that the annual pace of new home sales rose to 325 000 units in February from 321 000 units in January.

Europe
This week, a series of data releases in the euro zone are expected to confirm that large swaths of the continent are in recession. Germany and France — the region’s first and second largest economies, respectively — may, however, show signs of mild expansion.

On Thursday, Germany and France will release purchasing managers’ index (PMI) readings. These forward-looking measures of economic activity are closely followed by global markets. Readings above 50 indicate expansion, while scores below 50 signal contraction.

Economists expect Germany’s manufacturing PMI to register a slight increase to 51.0 in March from 50.2 in February. The country’s services PMI is also expected to rise, from 52.8 last month to 53.1 this month.

Although Europe’s two largest economies are expected to deliver positive news, the picture is less rosy for the continent as a whole. Analysts expect regional PMI readings for the eurozone, also scheduled for release on Thursday, to remain in negative territory.

If market expectations prove accurate, this week’s data releases will show that Europe’s large “core” economies are continuing to muddle along as the continent’s smaller “peripheral” economies struggle. This split makes policy making difficult for the European Central Bank and may exacerbate political tensions among European Union members as they wrestle with the continent’s ongoing fiscal and economic problems.

Asia
Earnings reports from three of China’s largest lenders and key statistical releases in China and Japan are likely to dominate Asian business headlines this week.

The Bank of China, China Construction Bank and Agricultural Bank of China are expected to show that annual profits grew by more than 20%, 30% and 40%, respectively, last year. With non-performing loans expected to rise this year, investors will be watching to see if any of the banks indicate a need to raise capital in 2012 to continue last year’s hectic lending pace.

On Thursday, HSBC will release the preliminary results of its survey of Chinese manufacturers. The bank’s PMI readings for January and February signaled a slowdown in the sector. A reading very near the 50 mark separating expansion from contraction is widely forecast for March’s release.

Also on Thursday, Japan’s ministry of finance will release last month’s preliminary trade figures. Economists surveyed by Market News International expect the world’s third largest economy to report that imports outpaced exports by ¥125.0-billion in February, down from a record deficit of ¥1.48-trillion in January.

Japan’s imports of oil and gas for power generation are running at very high levels, following the loss of nuclear power in the aftermath of the tsunami which devastated the island nation last year, and are expected to skew trade figures throughout 2012.

South Africa
Information on the country’s current account — the broadest measure of international trade in goods and services — and on the rate of price rises facing consumers will dominate South Africa’s economic calendar this week.

On Monday morning, quarterly figures from the South African Reserve Bank (SARB) are expected to show that the country’s current account deficit – the amount by which the country’s spending on imports exceeded its earnings from exports – expanded to 4.1% of gross domestic product (GDP) in the fourth quarter of 2011 from 3.8% in the previous three months of the year.

South African exports have slumped as a result of reduced demand from Europe, the country’s largest trading partner. But credit-driven domestic demand for imports has been rising, fueled by interest rates that are sitting at their lowest levels in more than three decades. As a result, for 2012 as a whole, the National Treasury expects the nation’s current account deficit to widen to 4.3% of GDP from an estimated 3.3% in 2011.

On Thursday, markets will shift their attention to the release of last month’s consumer price index (CPI) data, a measure of price rises at that consumer level. Economists surveyed by Reuters expect the figures to show that inflation rose to 6.4%, year-over-year, in February from 6.3% in January.

Most economists expect that inflation — driven largely by a relentless rise in power rates, fuel costs and other administered prices — will not fall below the upper end of SARB’s 3.0% to 6.0% inflation target range until the last quarter of this year.