The real state of the nation 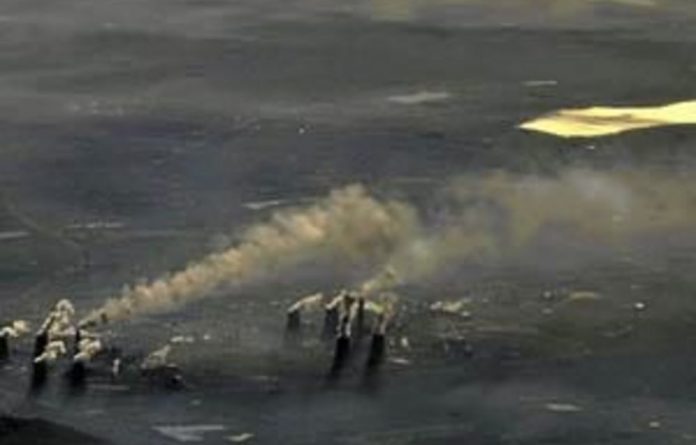 Just months after the COP17 climate change conference in Durban where South Africa flaunted its “green” credentials, international research indicates the country’s natural environment has deteriorated rapidly in the past 20 years.

The announcement in February of the findings of the 2012 Environmental Performance Index was greeted with dismay by local environmental non-governmental organisations.

The index, produced by scientists at the universities of Yale and Columbia in collaboration with the World Economic Forum, ranked South Africa 128th out of 132 countries surveyed. It received the lowest ranking in Africa, below Sudan, Nigeria and Eritrea.

Measurements were taken across 22 performance indicators, including health, water, food security, biodiversity and climate change. They showed a dramatic overall deterioration in South Africa since 2002, when it was ranked 47th out of 142 countries.

Describing the findings on South Africa as indicating an “environmental time bomb”, the chief executive of the Wildlands Conservation Trust, Andrew Venter, said it was clear that the country had ignored the health of its ecosystems over the past 12 years while it focused on development.

“This in spite of hosting the World Summit on Sustainable Development in 2002. The net effect is that we have set our sustainable development potential back significantly,” he said.

Gareth Morgan, the Democratic Alliance’s environment spokesperson, said the “alarming” results showed the real state of the nation was markedly different to the one described by President Jacob Zuma in his early February address to Parliament. “In fact, the president made no reference at all to the state of our environment, which is important for the maintenance of human health and sustainable development,” Morgan said.

Members of the 2012 Greening the Future judging panel believe these international conferences do serve a purpose, although they need to be supported by more active citizen involvement and placed in the context of realistic expectations about South Africa’s national development priorities.

“Besides the concrete agreements and commitments that are forged at these conferences, they also serve to promulgate discussions, whether formal or informal, about the challenges and importance of mitigation and adaptation to climate change,” said Suraya Hamdulay, Vodacom’s executive head of corporate citizenship.

“The discussions and connections between people and organisations promote a spirit of unity in developing solutions to issues that affect every person on our planet.”

Irvan Damon, the Southern Africa head of Carbon Track, said COP17 was able to bring together big business, civil society and government to prioritise the seriousness of climate change and showcase the advantages of embracing a green economy and low-carbon lifestyle.

Sustainable solutions
“Beyond COP17, civil society will have to rally our leaders and big business around issues that mitigate climate change — issues that create opportunities for green entrepreneurship and are supportive of green investment. Green knowledge is the new currency,” Damon said.

Although COP17 raised awareness about the difference between mitigation and adaptation and impressed on most South Africans the critical importance of sustainability and working together to safeguard the future, it was difficult to tell whether it had changed their behaviour, the NGOs said.

“It may be too early to tell, but what was evident for me is the role that the private sector plays in helping to deliver sustainable solutions to the country’s most pressing environmental challenges,” said Hamdulay.

“Companies have adopted climate change and sustainability into the very fabric of their strategic planning. This is an encouraging trend, especially if you consider that companies have the budgets to launch awareness campaigns to educate broader South Africa. The private sector plays a critical role in changing a country’s perception and behaviour.”

Damon said he expected Rio+20 to map a way forward for the green economy and contribute to South Africa’s goal of 300 000 green-collar jobs in the next 10 years.

“I would also like to see more deployment of renewable energy, especially being supported by the small, medium and microenterprise sector. The success of Rio will depend on the degree to which the sustainable policy options explored there will be relevant to our local context,” he said.

After action, satisfaction at the awards
South Africans put on an impressive display of action for the ­climate at the COP17 conference in Durban late last year.

Now we invite you to showcase your success stories and encourage others to follow your example in the Mail & Guardian‘s prestigious Greening the Future awards and supplements.

Greening the Future is an annual celebration of efforts to create a cleaner planet without compromising progress.

It showcases ­innovation in renewable energy, action to combat climate change and the strategic management of natural resources.

During World Environment Month in June, the finalists and winners of the awards will be honoured at a glittering ceremony as well as in a special supplement ­featured in the news­paper.

For the past nine years, Greening the Future has helped to heighten awareness of environmental best practice.

The awards are judged by a panel of forward-thinking and experienced individuals involved in shap­ing environmental sustainability in South Africa.

Entries close on Friday April 13. Join us in keeping the momentum of COP17 going forward in the interests of our planet and its people.