Poor left behind in Angola’s boom 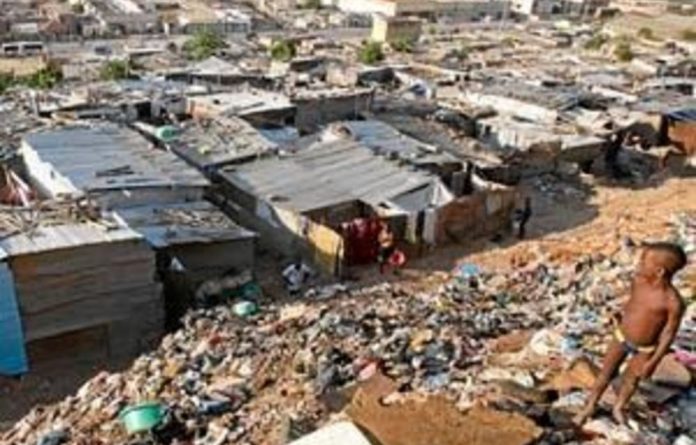 Next month Angola commemorates the 10th anniversary of the end of its three-decade civil war.

The country has come a long way since 2002, when the death of rebel leader Jonas Savimbi finally silenced the guns that had pounded for so long in a conflict that began as a liberation struggle against the Portuguese and evolved into a proxy African cold war, involving both the ANC and the South African Defence Force.

Thanks to oil, which accounts for about 90% of Angola’s exports, the economy has grown at a stellar rate, at times outstripping China. This year its gross domestic product is forecast to swell by 12%.

The bombed-out roads and railway tracks are being demined and rebuilt. There are new airports, schools and hospitals, and the government has made an ambitious promise to build a million homes to replace the sprawling slums in which disease and crime are rife.

But some say too much emphasis has been given to physical transformation whereas deeper questions of reconciliation and social development have been overlooked.

Justin Pearce, a postdoctoral fellow at the School of Oriental and African Studies at the University of London, said: “In many ways Angola looks remarkably peaceful now, considering the violence of the past, but this is not due to any deliberate process of reconciliation.

“The general message that comes from the government is that, now that the war is over, everything else will look after itself.”

Pearce said soldiers from the rebel group Unita had been reintegrated into society, but only if they denied or blocked out their rebel past.

“In other words,” he said, “integration has been on the [ruling party] MPLA’s or the government’s terms.”

‘Reducing poverty’
Angolan analyst Paula Roque, from Oxford University, accepts that a South African-style Truth and Reconciliation Commission would not have worked in the Angolan context because of the complexity of the conflict, but she regrets the focus on economic rather than social development.

“Progress has been measured by double-digit growth and massive infrastructure investment projects, but not in relation to reducing poverty,” she said.

“It makes no sense that Angola should continue with the level of poverty we are seeing when there is so much money coming from oil. In 10 years of peace the government has not delivered a peace dividend — certainly not one that’s been inclusive.”

Angola ranks 148 out of 187 on the United Nations human development index. According to the government’s own statistics, 90% of people live in “inappropriate conditions” and nearly two-thirds are without access to clean water.

Maternal and child mortality rates are among the highest in Africa. Although figures have improved since 2002, 20% of youngsters still do not make it to their fifth birthday.

Poor sanitation and weak health systems give rise to regular cholera outbreaks and Angola is now one of the few places in the world with polio, which returned two years ago.

The new schools and hospitals struggle to operate because of a lack of medical professionals and corruption is rife in the poorly performing and highly bureaucratic public sector.

The government acknowledges there is still work to be done, but it also misses no opportunity to blame Unita — now a parliamentary opposition party — for prolonging the war and hindering the country’s progress.

José Eduardo dos Santos Angola’s president for 32 years and now Africa’s second longest-serving statesman — has used recent public speeches to urge people to be patient and understand what was being done to improve their lives.

Eradicating poverty
The deputy chief whip of the MPLA, Carlos Alberto Ferreira Pinto, told the Mail and Guardian: “Naturally there is poverty, but there is poverty in the West too. In many European countries there are poor people and in the United States as well.

“We lived through 27 consecutive years of war — a war that destroyed almost the whole country — and 10 years is not enough time to eradicate poverty, but you should note that the indices of development are improving all the time.”

The 50% of Angolans who live on the poverty line say change has not come quickly enough, but few dare to challenge the authorities, which use a carefully woven web of favour and patronage to silence critics.

Market trader Rui Mwanza (52), from the dusty musseque (township) of Palanca a few kilometres away from the skyscrapers of downtown Luanda, said: “There have been changes, yes, but really only for a few people. Most of us, the majority, we are still suffering. We don’t have water or sanitation here and the electricity is intermittent.”

Informal taxi driver Joao Reis (32), from across the city in Benfica, said: “I would say here that people survive more than live. Our country has resources like oil and diamonds, but they are not well shared out.

“However, this is the reality. I can’t be sad about it. Change depends on us and if we work seriously, then we’ll see some change. The poor man has no choice but to work to make improvements for his family.”

Mwanza said: “We are afraid to complain too loudly, because we are worried about what might happen to us. We will talk among friends but not go out publicly, and that is because of the intimidation of the war that we lived through. People still feel that very much and fear for their lives.”

On the right path
But according to wealthy businessperson Maria Carvalho, who lives in a smart new suburb and spends her weekends at Luanda’s expensive beachfront restaurants, Angola is on the right path.

“Angola has changed no end,” she said. “For a country that was at war for all that time, we have progressed a lot. The issue now is people’s mentality.”

Carvalho dismissed recent attempts by youths to stage anti-government protests, saying: “The life of Angolans has not been easy for many years but, now that we are freer and have peace, the youth want things to come too quickly and without working for them.”

In response to the demonstrations, and in the run-up to next month’s anniversary of the end of the war, the country’s media — mostly owned either by the state or by businesspeople close to the president — have been filled with discussions about the value of peace. Church leaders, sportsmen, musicians and artists have joined MPLA and government officials in reminding Angolans about the importance of peace. Some have accused the demonstrators of trying to create instability and take the country back to war.

Roque, however, warns that peace is being used by the MPLA to control people and maintain power.

“The MPLA has taken ownership of peace,” she said. “Every time someone criticises the regime, they accuse them of wanting to reignite the war. They don’t want people to have opposing views.

This is not a unified and settled nation that is at true peace. It is still struggling to define who it is and there’s very serious discontent at many levels.

“The country has gone through an atrocious civil war and people are not prepared to return to conflict, but there are still many ghosts in Angola.”