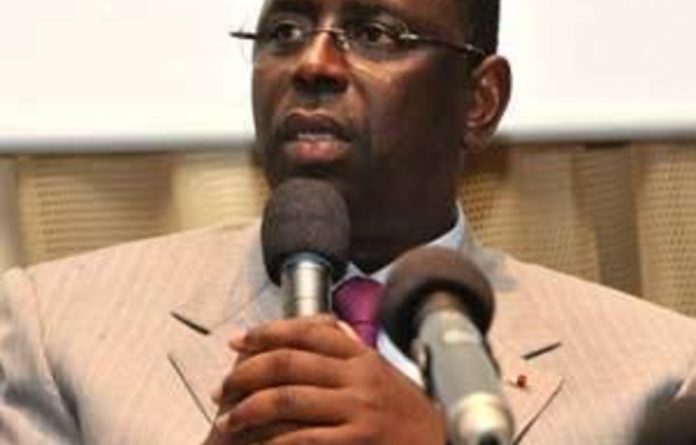 Macky Sall shot to political stardom to become Senegal’s prime minister before falling out with his mentor, President Abdoulaye Wade, whom he faces on Sunday in his first shot at the presidency.

Sall (50) was once widely tipped to succeed the veteran leader before he fell from grace and left the ruling party following a meteoric rise which took him through several ministerial portfolios.

A first round of voting last month dealt a blow to the 85-year-old incumbent, dashing his hopes of strolling to a third term which the opposition says is a bid to line up his son Karim to succeed him.

Instead his former protégé is nipping at his heels and has secured the support of every opposition leader in Sunday’s run-off election, making him the poll favourite.

Sall was born to a modest family in the western city of Fatick, to a civil servant father and a mother who sold groundnuts.

He graduated from Dakar’s Cheikh Anta Diop University with an engineering degree in geology, before heading to France to further his education in the field.

His father was a dedicated member of the Socialist Party which had been in power since independence, but he says he quickly became disgusted with its misrule and joined the opposition in 1983.

‘Heavy political mistake’
Sall was at Wade’s side as he unseated the socialists in the 2000 elections and a year later was appointed mining minister.

In 2003 he became minister of territorial administration and government spokesperson before taking up the office of prime minister a year later.

Sall led his mentor’s election campaign in 2007, but lost his spot as prime minister in the cabinet shortly afterward, going on to be elected speaker of the National Assembly.

It was here that he would make what he says on his website was perceived as a “heavy political mistake”, when he failed to inform Wade that Parliament was summoning his son Karim for questioning.

Karim Wade, the head of a national agency carrying out massive infrastructure projects ahead of a summit of the Organisation of the Islamic Conference, faced allegations of improper financing.

Sall paid for the mistake as lawmakers promptly drew up a law reducing the mandate of the national assembly speaker from five years to one, prompting him to step down.

“I wanted to be an example of republican resistance,” he said on the night of his resignation.

Docile
He went on to create his liberal Republican Alliance, under which he was elected mayor of Fatick in 2009 — a year the opposition scooped several large towns in legislative polls amid Wade’s growing unpopularity.

A tall, plump man, Sall is nicknamed Niangal in the local Wolof language, referring to his closed, austere expression, while he comes across as naive.

But his entourage says appearances are deceiving.

“He is not as docile as he seems. He is a firm man who keeps his word,” said El Hadji Wack Ly, a lawmaker with the ruling Senegalese Democratic Party.

His former friends in government say he lacks maturity, while opposition detractors accuse him of being party to the Wade system and in a hurry to take power.

But Sall’s supporters value his experience in government and the political flair with which he led his campaign as most other opposition candidates focused on denouncing Wade’s participation and the third term debate.

“While these opponents stayed in Dakar, he toured the country and went abroad to lobby for votes. He is a man to be reckoned with for many years,” said Moustapha Fall, the leader of a small opposition party who did not take part in the election.

Sall, who is married with three children, is a proponent of a decentralised government and has promised to implement reforms, boost the separation of powers and improve the management of public funds. — AFP

Social-media platforms have their place, but it is investigative journalists who can effect change
Read more
Africa

Macky Sall has secured a solid majority of votes, winning a second term without the need for a run-off vote
Read more
Friday

Senegalese artistic heritage gets a home

Conceived in the 1960s, shortly after independence, Senegal’s new Museum of Black Civilisations has finally been completed
Read more
Opinion