The miracle of incubator schools 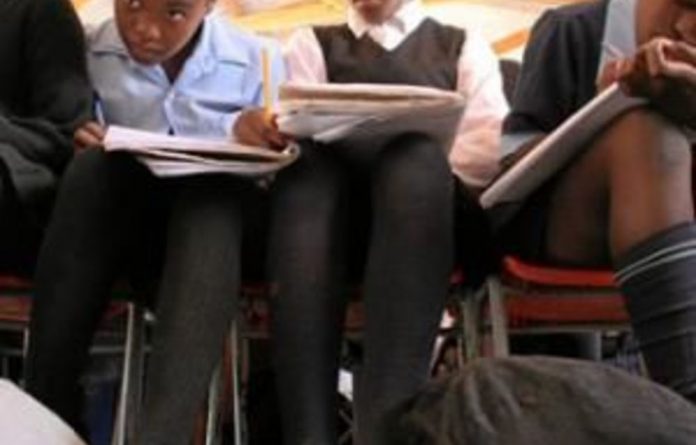 In 2008 a group of promising grade 12 pupils from underprivileged schools across Port Elizabeth were selected to attend a maths and science incubator school run by the Govan Mbeki mathematics development unit at Nelson Mandela Metropolitan University.
At the school they were exposed to a unique technology-based teaching and learning model, shared through a DVD series, which uses cutting-edge electronic media, to teach the grade 11 and 12 maths and science syllabuses. Not only did it help them improve their marks, it also inspired them to help other pupils like themselves.

“My main objective is to make a difference in other people’s lives,” said Bongani Msizi, who has just completed a three-year teaching qualification at the university. He is about to embark on a year’s practical ­teaching at his alma mater, Lungisa High School, in KwaDwesi. “That is why I have chosen to become a maths and science teacher. Most high school pupils are struggling with these subjects.”

Improved science and maths results
Similarly, Xolani Tyiwa is returning to his old school, Solomon Mahlangu High School, in Uitenhage. “The school helped me to keep on at higher grade level in both maths and science. I succeeded at the end of my matric year, thanks to it [the incubator school].”

Lelethu Dwane will be ­completing his practical teaching year at Khumbulani High School in North End, where he used to be a pupil.

“Seeing the experiments [at the incubator school] helped us understand and remember them. In grade 11, I got Es for science and maths. In grade 12, I went up a symbol.”

As a result of their achievements in the incubator school, the three — along with classmates Luzuko Jama and Yusra Rajie — all received the department of ­education’s Funza Lushaka bursaries to study teaching.

Bursary changed lives
Tyiwa initially wanted to work after school but the bursary changed his mind and got him thinking about how he could make a difference. “So many pupils are struggling, mainly because there is a shortage of teachers, or the teachers themselves are struggling with the curriculum … “

For Dwane, the bursary was a chance to follow in the footsteps of an inspiring maths and science teacher who “explained everything in detail”. He has since realised that teaching is his calling.

The head of the Govan Mbeki ­mathematics development unit, Professor Werner Olivier, said the new teachers would be assisting in future incubator schools run at ­various centres in the Eastern Cape and around the country.

“We also plan to utilise their involvement as part of our ­ongoing research into the ­technological teaching model that assisted them. It is ­wonderful to see the ­growing ­number of pupils who are ­graduating each year in the wake of our interventions.”