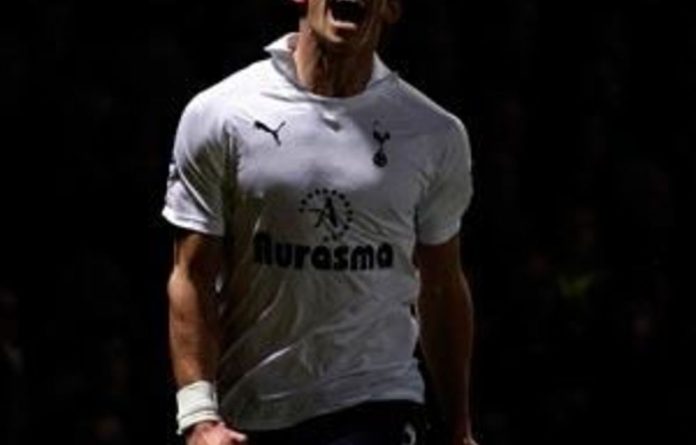 Gut instinct is to seek evidence of creeping self-doubt. After all, Gareth Bale is freshly arrived from training and, over in Chigwell, he and his Tottenham Hotspur team-mates are supposed to be quaking in their boots.

Yet if Tottenham are haunted by talk of impending calamity, then the weary smirk offered up by one of their more talismanic performers acts as an exorcism of sorts.

This might have been different had the meeting taken place after Wednesday night’s matches when Arsenal, with a 1-0 victory over Everton, moved above Spurs — who drew 1-1 with Stoke — into third position on the Premier League table. Arsenal have mounted a remarkable charge, bitter rivals who had once felt so distant suddenly breathing down their necks as Spurs stumble from an apparently impregnable position. Composure and form have drained from their campaign.

Has the slump been a disaster? A catastrophe? “It’s annoying, more than anything else,” Bale says when reminded of the first three-game losing sequence of Harry Redknapp’s tenure as manager. “It’s not a crisis, just a blip. He’s not slaughtering us in the dressing room after we’ve lost to Manchester United or Everton. He knows we might have won both games, it was that tight, and it will go our way again.

“These have been high-profile matches against teams up there, so people will make a lot of the losses, but it won’t take a lot to turn it round. Just a bit of luck. We’re a young team who are still growing up together, progressing together. Even with recent results this is still an exciting time and, if we keep building on what we have, who knows what we could achieve in the future?

“People have pointed out what could happen if we don’t get back into the Champions League, but look what might happen if we do. We don’t want to be losing players like Luka [Modric] in the summer, but if we get Champions League football there’ll be no problem keeping the squad together. We know what’s at stake, but there’s no panic.”

Resurgency slightly curtailed
Tottenham are in need of a dose of level-headedness. Theirs had been a season of resurgence, flirting on the fringes of a two-horse title race, until they were overwhelmed in the north London derby last month just as everything appeared to be progressing swimmingly. Back when they led 2-0 at Arsenal, they had contemplated holding a 13-point advantage over their rivals.

Conspiracy theories abound to justify the stutter. It would be easy to point to the Football Association’s expected interest in Redknapp as a summer successor for Fabio Capello as the root of all recent disruption the topic is clearly being addressed within the dressing room, but is off-limits in public — though reality suggests culpability lies more with an onerous run of games and an untimely flurry of niggling injuries. Of their past seven league fixtures, five have been against fellow members of the top seven, with a trip to Chelsea on Saturday.

Behind the bravado, it is perhaps telling that the remaining games almost trip off Bale’s tongue as he contemplates the run-ins. “We’ve just got Chelsea to play, but Arsenal have got Chelsea and Manchester City to come yet, and Everton away. Our run-in’s decent. We’re more than capable of finishing strongly.”

The need to do so is clear, and not merely to tempt Redknapp into spurning his country to remain with this club. Tottenham revelled in their taste of the Champions League last season. Collisions with Internazionale, Milan and Real Madrid still have the locals salivating and the players craving more of the same. Bale played 27 minutes in that competition’s group stage, in a 2-1 home defeat to 10-man Paok Salonika. He is still charged with memories of scorching Maicon at San Siro and at White Hart Lane, evenings spent systematically humiliating one of the world’s most admired fullbacks.

Bale blows up on the grand stage
It was in the Champions League where Bale established his reputation. The fullback turned winger was thrust into the limelight overnight, the only Premier League representative voted into uefa.com users’ team of 2011 in a four-man midfield alongside Xavi Hernandez, Andres Iniesta and Arjen Robben. He belonged in that company. “And I miss it, massively,” the 22-year-old says. “It’s felt as if that is what’s been missing this season.

“It’s the best club competition in the world, and I’m desperate to test myself in it. The team are, too. I’m still young and improving, and if I competed in the Champions League again next season I know I’d be a better player than I was last year.

“I’ve learned a lot this season, both in terms of adapting my natural game and playing in slightly different positions. I’m driving on more through the middle when I can, not just watching games from the left wing and only taking on my fullback.

“People went on about my pace, about me being the kid who ran the 100m in 11.4 seconds as a 14-year-old, but there’s more to my game now. People have gone on about me on the right, but we’re all floating in that midfield, certainly when we’re attacking. Me swapping wings just allows me to attack defenders in a different way. You have to mix it up a bit or it becomes predictable. This is the Premier League and the defenders you’re up against are streetwise. You need to find new ways of hurting them, and that’s what the manager is trying to do with me.”

What has become more customary is the sight of defenders standing over Bale, their faces contorted in complaints of skullduggery. Rivals have been quick to accuse the winger of tumbling to the turf too easily. Redknapp has defended his man, pointing to the lightning pace at which he careers at his marker.

“I couldn’t care less what [opponents] say, unless they’re coming right up to my face and saying it,” Bale says. “I don’t dive. It’s just the speed at which I’m running and, if someone tries to clobber me, I’m not going to let them, am I? I’m not taking a stud in my shin for the sake of it, so I jump out of the way. It’s still a foul. They’ve still illegally stopped me running and not touched the ball. The intent is there, so you don’t need the contact.” —