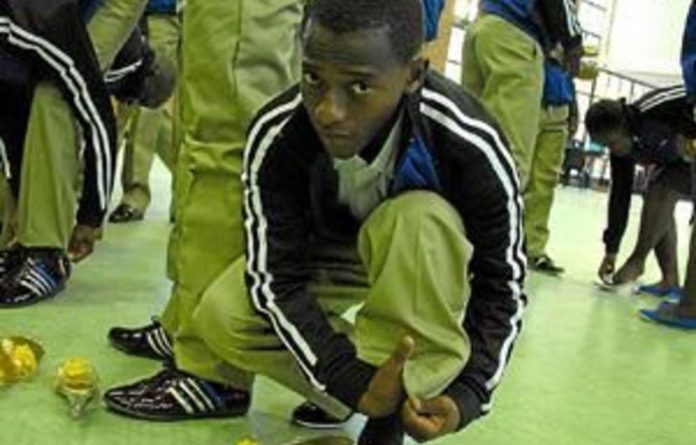 Now in its third year, the Umculo Cape Festival is growing up fast.

For one thing, it will premiere the opera The Fairy Queen in Johannesburg.

According to festival director Shirley Apthorp, Umculo aims to use baroque opera to achieve social goals. It will follow the successful and world-renowned Venezuelan example of El Sistema and set up a system of mentors in local ­communities to entrench a culture of classical music. Eventually Umculo hopes to take its work to ­international opera stages, which seems achievable given Apthorp’s ability to rope in skilled and enthusiastic collaborators.

Umculo has partnered with the South African National Youth Orchestra Foundation and the Lucerne Festival Orchestra.

Last year it started work at the Bloekombos Secondary School in Cape Town’s Kraaifontein and a choir was formed by Siyabulela Sulelo, who studied opera at the University of Cape Town.

The choir, which participated in Umculo’s 2011 production of Purcell’s other semi-opera, King Arthur, has excelled in regional and national competitions.

Learning from the best
At a recent rehearsal there were 30 pupils of all sizes, all in their uniforms — except for one who had a Superman T-shirt on — sitting in rapt attention, listening to German opera director Robert Lehmeier.

He had just directed Turandot in Braunschweig and Cabaret in Dresden. His Cosi fan Tutte for Berlin’s Neuköllner Oper with an all-male cast won several awards and toured extensively.

It was immediately apparent that the children were comfortable with Lehmeier. Their focus, commitment, patience and discipline was striking as they moved, each with a white plastic chair as a prop, note for note, meticulously choreographed, to the strains of a harpsichord and soprano Melissa Gerber. It became a musical meditation and ended with the child­ren curling up to sleep beneath the upturned chairs.

Bloekombos is a new school with a committed leadership and it has won several awards.
Since 2010 Umculo has run workshops at the Hlengisa Primary School in Cape Town’s Nyanga township. At the workshop I attended, there were also children from the Kenmere Primary School in Kensington. German teachers are working with teacher Phiwe Makaula to use music and theatre to overcome the barriers between children from the different communities who seldom interact at this kind of level.

The pupils did dramatic improvisations — a jealous boy threatening the friendship between two girls.

The emotions were violent; then it was all grins and sheepish looks as they critiqued their performances ­afterwards.

Stars in the spotlight
The ­principal roles will be sung by professionals, led by international countertenor Derek Lee Ragin, most famous for being one of the two voices on the soundtrack of the film Farinelli. He has sung at the Metropolitan Opera in New York and the Châtelet ­Theatre in Paris.

Lehmeier conceived the idea for the opera at an afterparty with a cast on a Sunday afternoon last year at Mzoli’s in Khayelitsha.

Although he felt a strong sense of community among that diverse slice of life, he was also aware of how violently the surrounding community could react in cases such as “corrective” rape, xenophobia and service delivery riots.

Lehmeier has set The Fairy Queen in a shebeen with the community as the chorus. The first to fall from favour and be beaten up is the drunken poet (Shakespeare’s ­Bottom). Titania and Oberon are a rich bling couple operating above the social mores.

Puck is a drag queen past his prime, resigned but not pessimistic. Of course, it all ends happily with a mass wedding scene.

Based on the pedigree of the ­collaborators and the symbiotic ­process of its creation, the end product should be as extraordinary.

The Fairy Queen can be seen from March 23 to 25 at the University of Johannesburg Theatre, Johannesburg, and from March 30 to April 1 at the Joseph Stone Theatre, Athlone, Cape Town. Book at Computicket

I started singing formally in 2003. Before that I was in the school choir. I came to visit family in Cape...
Read more
Friday

The menu at Haute Cabrière is specifically designed to complement the estate's wines - and it works.
Read more
Advertising
Continue to the category
Politics