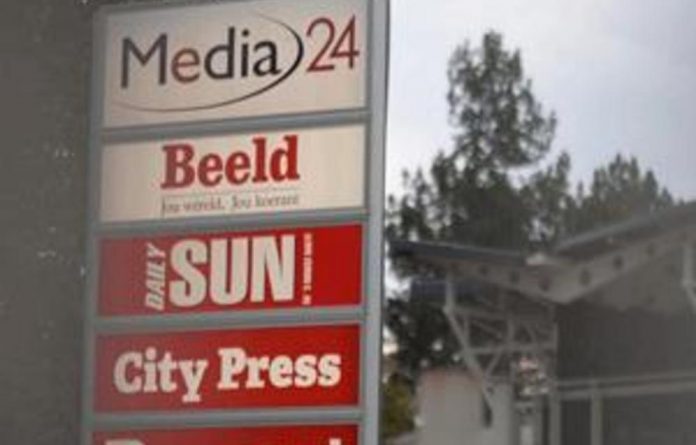 Media24’s proposed acquisition of The Witness newspaper in KwaZulu-Natal was under the spotlight at the Competition Tribunal this week as issues were raised about the media giant’s ability to foreclose on small community newspapers after a merger.

At the heart of these concerns is the printing business Africa Web, in which both the The Witness and Media24 have a shareholding.

If the merger is approved without conditions, Media24 will acquire 100% of the The Witness and a majority stake in Africa Web.

It is argued that Media24 would have an incentive to raise printing costs for independent publishers that make use of Africa Web, thus forcing them to raise the costs of their advertising.

It is also argued that if Media24 lowered its own advertising rates at the same time, it could lead to community newspapers’ exclusion from the market, followed by a rise in rates once they had been eliminated.

But Caxton and CTP Publishers and Printers have applied to the tribunal to intervene in the merger hearing, a move to which the merging parties objected unsuccessfully.

Both the commission and Caxton believe the merger will lead to a substantial lessening of competition in the market for independent community newspapers in KwaZulu-Natal and parts of the Eastern Cape.

This week the commission called its factual witnesses to the stand. They included Simangaliso Masinga, who owns and edits Maputaland Mirror, a community paper distributed around Manguzi on the east coast of KwaZulu-Natal.

Maputaland Mirror has a circulation of 13 500 copies bimonthly and is the only newspaper in the area publishing in indigenous languages, namely Xitsonga, isiZulu and Seswati. It competes against Zululand Fever, a Media24/The Witness publication in the region. Masinga said he lost a substantial number of advertisers when Zululand Fever launched three years ago and, on further investigation, discovered that the publication was giving companies free advertising.

Masinga also detailed a number of problems he had with Africa Web as his printer, including unilateral increases in printing costs and the late printing of his newspaper.

Tough trying to compete
“It is difficult to compete with the titles of the major media groups, because they operate many titles in different areas and can offer advertisers cheap deals to use a number of their titles at once,” said Masinga.

Max Mxabo, the owner and editor of the Pondo News, which distributes in and around the northern parts of the Eastern Cape and southern KwaZulu-Natal, also testified at the commission this week.

Pondo News‘s circulation is 10 000 copies a week and it competes with a titled called East Griqualand Fever, the majority share of which is owned by The Witness.

Mxabo said he had to stop charging for his newspaper to compete with East Griqualand Fever, which was free. Pondo News also suffered from poor service from Africa Web.

Lumko Mtimde, chief executive of the Media Development and Diversity Agency, said in an affidavit that as much as 50% to 60% of small community newspapers’ costs come directly from printing.

“The MDDA has received complaints from small commercial and community newspaper publishers, who are of the view that they are subjected to poor printing quality and high printing costs because they compete in the commercial publishing space with the same companies that print them,” said Mtimde.

The tribunal hearing has been set for March 15 to 27, after which it will have to decide whether to approve the deal, approve it with conditions, or prohibit the merger outright.