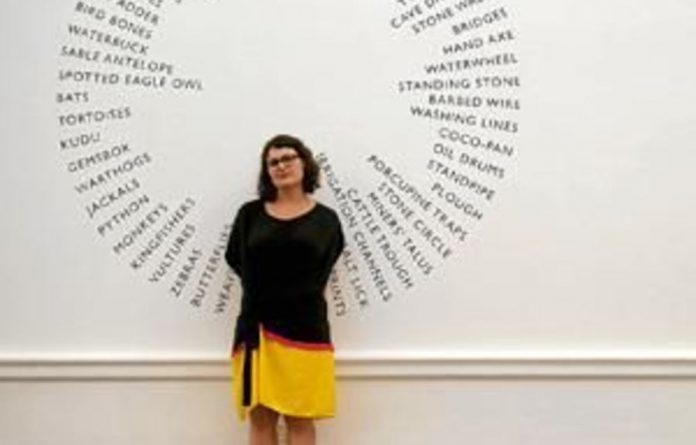 Curator Anthea Buys has resigned from the Iziko National Art Gallery in Cape Town. She says the gallery’s management was too unyieldingly bureaucratic to see the results of hard work, so she decided to become independent.

Where does an independent curator fit into a South African art landscape that is split between commercial galleries and archival museums? For Buys and a generation of young art curators born in an era in which everyone is a curator — curating your kitchen, your CD collection, your Twitter stream, your blog — this is unchartered territory.

Buys has set herself the task of finding more funding for independent exhibitions. “The money is there, just not in the government,” she says.

Buys also wants to introduce more rigour into the role of art curator and revive its role as a historian, rather than as its contemporary affectation of being a form of artistry itself.

This is a turnaround for her, too, and is likely to influence her future work.

Discrete artists
She says that, with her first exhibition, The First Official Provisional Fynbos Museum of the Greater Khayelitsha Area at the Cape 2009 Biennale, she thought curating was a “discrete form of being an artist”.

It is a view that is still pervasive. “With the rise of curatorial programmes at universities around the world and superstar curators who do crazy things, there is an idea that the curator is a genius in their own right.”

But, she says, after her second exhibition, Double Body at the University of Johannesburg later in 2009, she started to grow wary of that perspective. “It was getting very close to the point where works were being used to realise my vision, rather than me working to do the best I can to show these works.”

Today, Buys says, she is “much more interested in curating that serves the work”, rather than herself.

Referring to her ambitious Time’s Arrow exhibition curated from the Johannesburg Art Gallery archive in 2010, she says the exhibition was inspired by her observation of how the personal decisions made at the beginning of establishing the gallery’s archive had influenced art history.

The curator’s role, she says, “should be more about mediation, which some artists are resistant to, but also about facilitating access to work and getting a deep understanding of the works and artists who make them — and also trying to ­create an environment where other people can access that too”.

Lack of critical response
Curated from the Iziko National Art Gallery archive in 2011, the ­Neither Man nor Stone exhibition, still on show, is also the result of an archival trend observed, rather than a curatorial agenda.

Also still showing at the gallery is her collaboration with British environmental artist Richard Long. It has attracted some half-hearted criticism in the press, but Buys would prefer more. “The curated thing is an utterance and there needs to be a response to that, which is what I have found is quite frustrating about curating here — that there is very seldom a serious critical response in a public forum.”

Buys wants to return to writing and criticism, but for now she is working on three exhibitions. Look out for her Steven Cohen and Penny Siopis retrospectives next year.