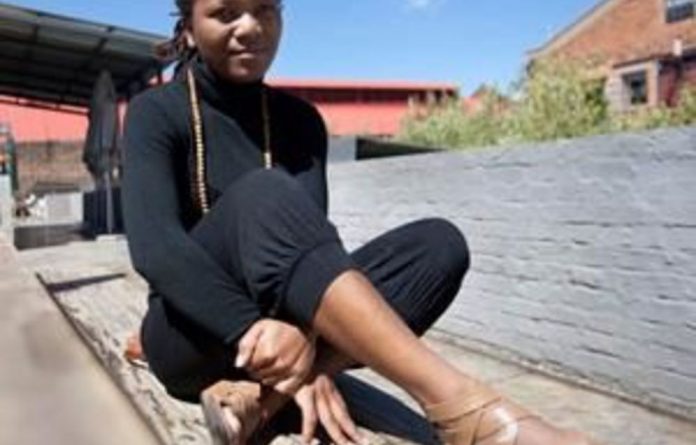 Nontobeko Ntombela, curator of contemporary art at the Johannesburg Art Gallery (JAG), laughs about the idea of being considered a guinea pig.

She is the University of the Witwatersrand’s first fine art master’s student with a curatorial focus.

She says the notion of “first” should be contested.

“It fits the formula of a practical degree, only the work I curate isn’t mine.”

For Durban-born Ntombela, converting a fine arts diploma in printmaking at the Durban University of Technology to a master’s degree in curatorial studies was a no-brainer when she was awarded funding, but getting the job of a lifetime was priceless. She wanted to curate an exhibition about 20th-century South African female artists as her master’s project, but the gallery wanted not only her exhibition but also her.

“My exhibition proposal to JAG was accepted before I got the job. It’s a dream come true. Here I’ve learnt the gallery inside out, something I would never otherwise have had the chance to do. For a student to curate a show of this nature, the challenges surrounding accessing work for loan and funding would be major.”

Talking to the audience
An advisory committee member of the National Arts Council, Ntombela is a lapsed printmaker. “I believe it is a conflict of interests to try to be both artist and curator. In the past, curating was understood to be behind the scenes, now it’s foregrounded. These days it is part of a constructed ­narrative.”

Working in one of Johannesburg’s worst areas, the central business district, does not faze her, but she does not romanticise it either. “It’s not without challenges; I believe the arts can engage the community.”

Ntombela moved from Durban in 2010. She graduated from the Durban University of Technology in 2001 and was appointed curator at the BAT Centre in 2003 and the university in 2006. In 2010 she made people sit up and take notice when she was a guest curator of the MTN New Contemporaries awards.

“Durban’s community is small. In Johannesburg you are anonymous. This is a blessing. And a challenge. Here, there is much more diverse dialogue at the same time. There is focus on the sustainability of untraditional spaces.

“If I had no budget constraints, I would do an exhibition about the history of exhibitions in South Africa. We have repositories of biographies but none of exhibitions — an index to how art in this country has evolved.

“A Fragile Archive considered [the] damage and absence part of the art’s history. It alienated those who expected it to be like Elza Miles’s ­retrospective of South African expressionist painter Gladys ­Mgudlandlu in 2002. In South Africa, not only do you have to generate research, you have to do your own fundraising. This has left us behind. We can’t fund what international institutions can, not until we have government buy-in. You don’t get tax rebates on museum donations, which are necessary — not only for new projects, but [also] for infrastructure. I mean, how do you host important shows when gallery walls are crumbling?”

Ntombela believes in the investment of time. Next up for her is an exhibition celebrating 21 years of the Artist Proof Studio, featuring diverse curatorial voices.