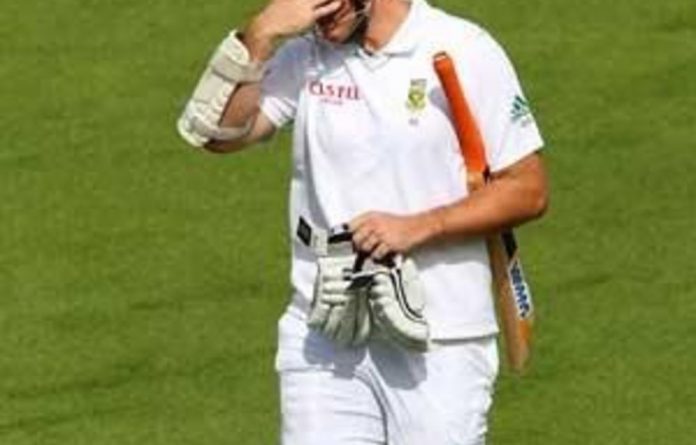 South Africa were on the receiving end of two controversial umpiring decisions on the first day of the final Test against New Zealand on Friday but the visitors say they will not be losing any sleep over the setbacks.

Captain Graeme Smith was caught behind for five early in their innings, though TV replays showed clear daylight between bat and ball.

Hashim Amla was then caught for 63 when replays suggested bowler Mark Gillespie’s back foot had touched the return crease, which should have been ruled a no-ball and let Amla off the hook.

But third umpire Billy Doctrove upheld the on-field decisions to leave South Africa 136 for two at the close of play on the weather-affected first day of the third Test.

“It’s an interesting one,” South Africa assistant coach Russell Domingo said. “I think the rules say the third umpire is there to eliminate the howler and if he can’t see if it’s an absolute shocker they go with what happens on the field.

“It’s one of those decisions that we’re not going to lose too much sleep over.”

Disappointed
Domingo said Smith, who referred the decision to Doctrove and shook his head several times when he walked off, had not blown his top about the dismissal in the dressing room.

“I think he was more disappointed with the stroke he played. I suppose all batters, when they get out, are unhappy and will vent some frustration, but nothing untoward,” Domingo added.

Amla’s dismissal had been more widely discussed, Domingo said, with the South Africans thinking Gillespie’s back foot had touched the line of the return crease.

“We thought he did but ultimately that’s not our decision,” Domingo said. “It’s part of the game. It’s not our call to make. We just have to deal with it and move on … The guys are a little bit disappointed, that’s cricket though. Some decisions go in your favour and some don’t.”

New Zealand bowler Doug Bracewell, who dismissed Smith, was certain the South African captain had hit the ball and was correctly given out.

“All the boys were pretty confident they heard a noise behind the wicket,” Bracewell said. “I saw a little bit deviation. But it is a little bit of a tough one.”

South Africa only need to draw the game to seal the three-match series after they won the second Test at Seddon Park in Hamilton by nine wickets. — Reuters