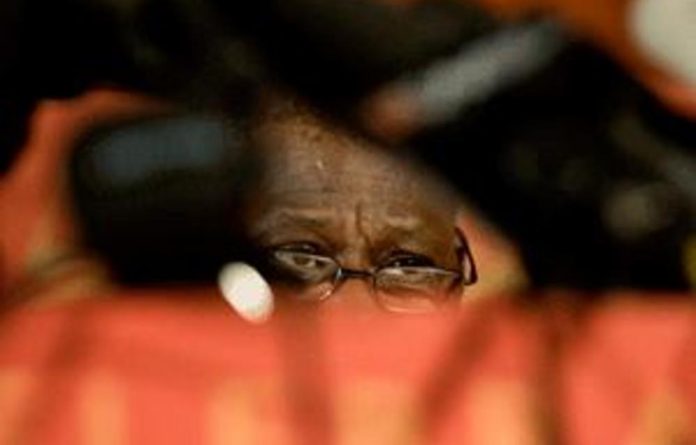 The debate over the review power of the courts was reopened this week by a ruling of the Supreme Court of Appeal that went against President Jacob Zuma and the National Prosecuting Authority (NPA).

The court ruled that the Democratic Alliance does have legal standing to request a judicial review of the 2009 decision to drop fraud and corruption charges against Zuma.

In doing so, it further affirmed the supremacy of the Constitution and the rule of law.

By confirming the DA’s legal standing, the appeal court has now opened the door for the political party’s application for a review of Mpshe’s decision to be heard in the North Gauteng High Court.

But the NPA has until April 3 to decide whether to appeal the judgment or, as directed by the court, to provide the DA with a reduced record of the information that Mpshe had when he decided to drop the corruption charges.

Appeals set to begin
It is likely that the decision will result in another prolonged round of appeals as the government and Zuma’s legal team try to prevent the merits from being heard before the ANC’s December elective conference.

The reduced record excludes written submissions and testimonies made by Zuma. However, it may well include the infamous taped conversations between former Scorpions boss Leonard McCarthy and then-national director of public ­prosecutions Bulelani Ngcuka about the timing of the reinstitution of corruption charges against Zuma in 2007, just after he had won the presidency of the ANC at its national elective conference in Polokwane.

The tapes were used by Mpshe to suggest political interference in the case against Zuma and their source and full contents are still not known.

Judge Mohamed Navsa, in a judgment written on behalf of a full appeal court bench and echoing various precedents of this and the Constitutional Court, noted that the exercise of public power must comply with the Constitution and the doctrine of legality.

“Put simply, it means that each of the arms of government and every citizen, institution or other recognised legal entity are all bound by and equal before the law,” said Navsa.

“Put differently, it means that none of us is above the law. It is a concept that we, as a nation, must cherish, nurture and protect. We must be intent on ensuring that it is ingrained in the national psyche. It is our best guarantee against tyranny, now and in the future.”

In argument, counsel for the NPA and Zuma had conceded that a rule-of-law interrogation of Mpshe’s decision was permissible, but wanted it to be very narrow.

Navsa left the adjudication of “the extent to which a decision to discontinue a prosecution is reviewable” up to the lower court.

At the time when the authority was lodging its objection, its national director was Menzi Simelane. He was placed on special leave following another appeal court judgment in December last year that invalidated Zuma’s decision to appoint him.

Navsa was critical of the NPA’s “piecemeal” litigation in the matter, which now appears to mimic the so-called Stalingrad legal approach so favoured by the president in the corruption litigation that preceded the charges against him being dropped in 2009.

But Jean-Baptiste Alphonse Karr’s epigram, Plus ça change, plus c’est la même chose (The more things change, the more they stay the same), is not confined to Zuma.

ANC spokesperson Jackson Mthembu responded to the judgment by declaring that “it is clear that democracy can be undermined by simply approaching courts to reverse any decision arrived at by a qualified organ of state”, suggesting that the courts were complicit in the DA’s attempts to “undermine and paralyse government”.

DA smells blood
The DA, meanwhile, appears to be sharpening a strategy threaded to its successful application to have Simelane’s appointment declared invalid, namely testing the “rationality” requirements of a rule-of-law application for the judicial review of decisions by government.

Then, it argued successfully that Zuma’s decision to appoint Simelane was irrational because the president ignored documentary evidence, including the Ginwala inquiry’s damning findings that Simelane had been untruthful and misleading in his evidence before it.

The inquiry was investigating the suitability of Simelane’s predecessor, Vusi Pikoli, for that position.

The DA had also argued irrationality on the president’s part for not heeding or seeking to investigate the Public Service Commission’s report on Simelane, which recommended disciplinary proceedings against him for his testimony at the Ginwala Commission.