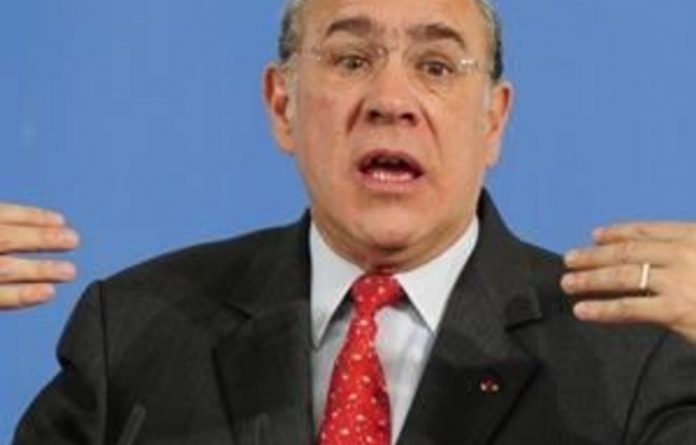 The eurozone’s public debt crisis is not over despite calmer financial markets this year, the Organisation for Economic Cooperation and Development (OECD) said on Tuesday, with a warning that the bloc’s banks remain weak, debt levels are still rising and fiscal targets are far from assured.

As the eurozone heads into its second slump in just three years, the OECD said the 17-nation area needed ambitious economic reforms and there could be no room for complacency.

“Market confidence in euro area sovereign debt is fragile,” the Paris-based economic think tank said in a report on the state of the eurozone’s health. “The outlook for growth is unusually uncertain and depends critically on the resolution of the sovereign debt crisis,” it said.

In a departure from forecasts by the International Monetary Fund and the European Commission, the OECD sees 0.2% growth in the bloc in 2012, rather than an outright contraction.

While international economists are divided over just how deep any downturn will be this year, most agree that weak business confidence and budget austerity is eating into the purchasing power of European households, driving up unemployment and leaving Asian and US demand holding the key to growth.

Two years into the eurozone’s sovereign debt saga, EU leaders’ commitment to fiscal discipline and the European Central Bank’s stimulus of €1-trillion to banks has cooled the panic in money markets late last year that drove Italian and Spanish bond yields to near unsustainable levels.

Eurozone government debt levels are likely to reach 91% of economic output next year, even as the bloc enacts some of the deepest austerity programmes in half a century, and well above the European Union limits for a healthy economy.

OECD stresses need to strike balance
The OECD, which tracks industrialised economies to promote growth, cautioned that deficit-cutting goals needed to strike a balance with what was realistic and politically possible, or the EU’s enforcement systems could lose credibility.

The eurozone must “set out more credible and detailed medium-term budgetary plans”, the OECD said. The crisis may have increased policymakers’ determination to impose austerity but recessions this year in southern European countries may make it harder for eurozone leaders and the European Commission to impose sanctions on member states should they miss targets.

Spain’s Prime Minister Mariano Rajoy won a more relaxed 2012 deficit goal at a meeting of euro zone finance ministers earlier in March but a looming recession will make even that a stretch.

Strengthening banks is also critical to any resolution of the crisis, while the bloc must agree a big enough financial firewall to stand behind the indebted economies of Italy and Spain, should they be cut off from markets, the OECD said.

Eurozone finance ministers are expected to address both issues at a meeting in Copenhagen on Friday. German Chancellor Angela Merkel signalled for the first time on Monday that she was prepared to consider boosting the firewall’s resources.

“Immediate action is required to ensure sufficient and large-scale availability of a firewall to stop the dynamics of runs against solvent sovereigns,” the OECD said.

OECD secretary general Angel Gurria has called for “the mother of all firewalls” — some €1-trillion — but finance ministers look more likely to agree to a level nearer to €700-billion. — Reuters