In Baghdad’s scars, a warning to Arab leaders 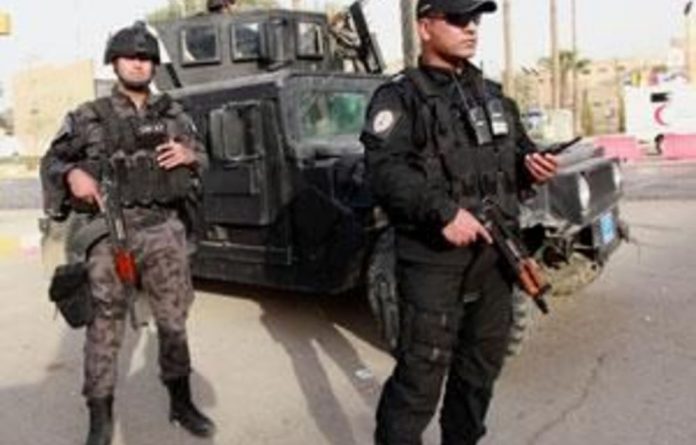 The eerie quiet enveloping the road from the airport to the Saddam Hussein-era palace where Arab leaders will meet this week cannot conceal Baghdad’s grim realities.

Behind the freshly planted palm trees and lawns are concrete walls closing off nearby neighbourhoods and troops in full combat gear deployed to prevent any attacks.

For Arab leaders who seek military intervention in Syria, the Iraqi capital provides a cautionary tale, with violence and sectarian hatreds persisting nearly a decade after the US invasion.

Gulf Arab nations, particularly Saudi Arabia and Qatar, have been pushing behind the scenes for more assertive action to end the year-old conflict in Syria. Privately, they see little benefit in the Arab League’s efforts to reach a peaceful settlement and prefer instead to see a small core of nations pooling together to act on their own.

Among the options they are considering are arming the rebels and creating a safe haven for the opposition alongside the Turkish-Syrian border to serve as a humanitarian sphere or staging ground for anti-regime forces.

The summit, gathering the members of the 22-nation Arab League, is likely to take a less dramatic step, issuing a condemnation of civilian deaths in Syria’s crackdown on the uprising and a call for President Bashar al-Assad to stop all violence and allow street protests.

But Gulf nations apparently believe Assad won’t abide by those demands and that, if he defies the League, they will have diplomatic cover to take stronger action.

Break the belt
Their bullish approach has its roots in their hopes that by forcing Assad’s fall they can pull Sunni-majority Syria out of its alliance with Iran and break the belt of Tehran’s influence that stretches through Iraq and Syria to the Mediterranean.

Like Iraq, Syria has its own dangerous sectarian divide, between the majority Sunnis who largely back the opposition, and the Alawite minority, a Shiite offshoot that dominates power.

A Sunni-ruled Syria would give the US-allied Gulf Arabs a significant victory in their long-running power struggle with non-Arab, mainly Shiite Iran.

But that prospect worries Iraq, with its sectarian divides between a Shiite majority that now holds power and a Sunni minority that resents its sidelining.

“A Sunni regime in Damascus will encourage Iraq’s Sunni provinces to push for autonomy and maybe even secession,” warned Iraqi political analyst Hassan Kamil. “That will in turn add more problems for Iraqi Shiites and draw more Iranian and Saudi interference in Iraq’s affairs.”

Hosting an Arab summit that demands Assad stop violence places Iraq in a delicate position, because of the Baghdad government’s close ties to Iran. The preliminary meetings began on Tuesday, and the leaders arrive for their summit on Thursday.

On the other hand, hosting the summit gives its guests an opportunity to see first hand what foreign military intervention can do to a nation.

Walls remain in place
The 20-kilometer stretch of road linking the airport to the city is about all the Arab leaders will see in Baghdad when they jet in for their one-day summit. It is where Shiite Prime Minister Nouri al-Maliki’s government spent a big chunk of the $500-million it has splashed on sprucing up the city for the occasion.

The six neighbourhoods alongside the road — al-Furat, al-Jihad, al-Amel, al-Amriyah, al-Qadissiyah and al-Yarmouk — remain walled off nearly five years after sectarian violence peaked in 2006-2007. They are majority Sunni areas, serving as strongholds for extremists who waged an insurgency against US forces and their Shiite allies after the US-led invasion. The neighbourhoods bore the brunt of near continuous crackdowns by Iraqi security forces and attacks blamed on Shiite militiamen.

That the walls remain in place to this day is testimony to the persistent security concerns as well as the distrust between the newly empowered Shiites and the once-powerful Sunni minority.

The sectarian strife has eased since its near-civil war heights. But there is a constant fear another bout may not be far off, given occasional attacks targeting Shiites, flare-ups between politicians from the two sides and a growing desire among Sunni provinces to gain autonomy.

“We still fear going out on the streets and we are worried when we do that we may never return home,” said al-Saadi, a Shiite father of two who insists he only offers credit to fellow Shiites and vows never to allow his sisters to marry Sunnis.

The owner of an aluminum factory there says he pays up to $300 every month to armed militants. Failure to pay, he claims, can mean forced closure of his business or death.

“It seems like we are living in a country run by the mafia,” said the businessman, who refused to give his name because he feared reprisals. “We don’t know who’s running the country. Is it the government or al-Qaeda?”

In Baghdad, away from the airport and the summit venue on the west bank of the Tigris River, concrete barriers surround government buildings, hospitals and schools. Iraqi security forces continue to conduct door-to-door searches across most of the city.

Sectarian violence
According to the UN refugee agency, more than 1.3-million Iraqis remain internally displaced until today, unable or unwilling to return to their areas of origin because of sectarian tensions.

Services in this potentially oil-rich nation remain erratic at best, with most of the population relying on private power generators for electricity. Many neighbourhoods have sewage running in open canals in the street and seeping into drinking water.

Because of fears of violence, al-Maliki’s government sets aside heavy resources — nearly $15.5-billion this year, around 15% of the entire budget — for security and defence.

Iraq has been keen to host the summit in part to show the world it has emerged from its years of turmoil and to ease its way back to an Arab world that has been wary of its close ties with Iran.

Still, Baghdad does not want to hurt its relationship with Iran, a major source of economic aid.