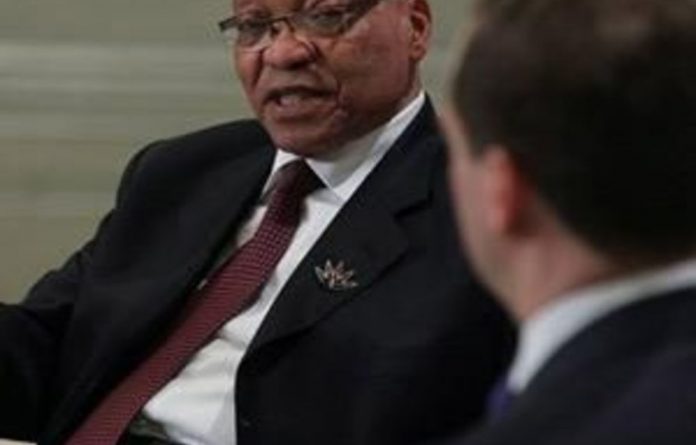 The leaders of the emerging world gather in India on Thursday to discuss the creation of a new development bank at a summit shadowed by protests by Tibetans against Chinese President Hu Jintao.

The leaders of the Brics countries — Brazil, Russia, India, China and South Africa — are attending their fourth meeting of the bloc, a key non-Western alliance that is looking to extend its influence.

Top of the agenda will be the creation of the grouping’s first institution, a so-called “Brics Bank” that would fund development projects and infrastructure in developing nations.

Though it remains in the planning stages, leaders are expected to signal their commitment to setting it up as potential counterweight to other multilateral lenders such as the World Bank and the Asian Development Bank.

“It would be a very powerful financial tool to improve trade opportunities,” Brazil’s Trade Minister Fernando Pimentel told a session on Wednesday ahead of the start of the summit.

The lead-up to the gathering at a luxury hotel in the centre of the Indian capital has seen demonstrations by hundreds of Tibetan exiles protesting against Jintao’s presence.

On Monday, a 27-year-old activist set himself alight during an anti-Beijing demonstration before running screaming down a street in gruesome scenes captured by media.

He died on Wednesday, becoming the first victim outside China to self-immolate and adding his name to a list of 29 others who have killed themselves since March to protest alleged repression by China in Tibet.

Avoiding embarrassment
Police in New Delhi have detained hundreds and clamped down on protesters, with the government keen to avoid embarrassment during a rare visit by the Chinese president, who last came to New Delhi in 2006.

The presence of the 80 000-strong exiled Tibetan community in India, headed by spiritual leader the Dalai Lama, is a constant source of friction between India and China and their relations remain prickly despite growing trade.

The rivalry between the world’s two most populous nations is seen by critics as one of the main problems for the Brics bloc, as well as the vast distances between members and their different political and economic systems.

While trade between them is booming, it still represents a small fraction of world commerce and they struggle to come together on global economic issues such as ongoing world trade talks or the leadership of the International Monetary Fund and World Bank.

“Aside from impressive economic growth over the past decade and an individual desire for a greater say in the institutions of global economic governance, these disparate countries have little in common,” Walter Ladwig from the British think-tank the Royal United Services Institute wrote recently.

The Bric name was first coined in 2001 by US investment bank Goldman Sachs to group together fast-growing economies and the group held their first summit in 2009. South Africa joined last year at the third summit in China.

Contrasting views
“The major emerging economies gathering in New Delhi will certainly shape global governance in the future,” Ladwig wrote in an editorial in the New York Times.

“But it will be as individual nations, not as an artificial bloc founded on a Goldman Sachs’ catchphrase.”

“Five countries from different continents are coming together with the aspiration to grow,” he explained.

With members often holding divergent views on global political developments, the Delhi summit is expected to focus on increasing intra-Brics trade, which expanded by 28% last year to $230-billion.

Two agreements to simplify processes and provide credit facilities for exporters are expected to be signed, the Indian foreign ministry has said.

These will conclude with a “Delhi Declaration” which will summarise the consensus of their views and could include a statement on the bloodshed in Syria, the Iranian nuclear crisis or Europe’s debt problems. — Sapa-AFP