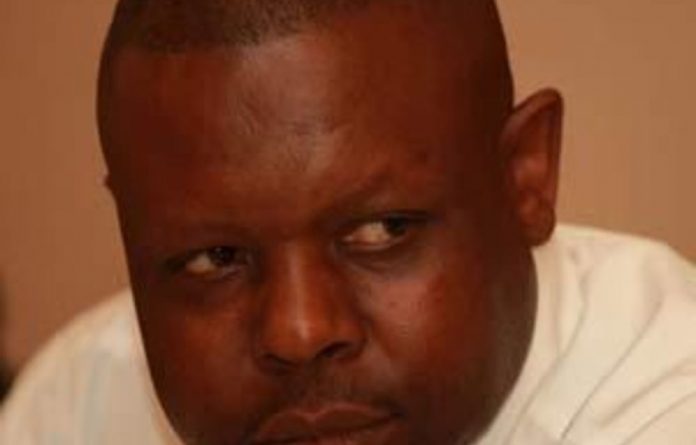 The Judicial Service Commission (JSC) will have to reconsider the complaints and counter-complaints lodged by the judges of the Constitutional Court and Western Cape Judge President John Hlophe respectively following a ruling in that court on Friday.

The court dismissed Hlophe’s application to review two Supreme Court of Appeals judgments that overturned an August 15 2009 decision by the JSC not to pursue complaints of judicial misconduct lodged by the full bench of the court sitting at that time against Hlophe, as well as a counterclaim by him against the justices.

The court justices’ complaint stemmed from an alleged approach by Hlophe to two members of the Constitutional Court, Bess Nkabinde and then-acting justice Chris Jafta, to improperly influence them in deciding on arms deal-related corruption cases involving President Jacob Zuma before the court.

Hlophe in turn counter-complained to the JSC that the justices had infringed his constitutional right to dignity by publishing a media statement about their decision to lodge the complaint.

Friday’s decision now compels the JSC to lay bare — and hopefully resolve — the circumstances around one of the largest albatrosses to have hung around the necks of South Africa’s post-1994 judiciary.

It also set a legal precedent in finding that recused judges where in fact not “absent” judges and could therefore not be replaced by the president with acting judges in terms of section 175 of the Constitution which deals with the appointment of judges.

This is with regard to a “potential conundrum”, as the court’s judgment described it, before the court with some having to recuse themselves if it had to hear Hlophe’s appeal as they were complainants in the matter.

‘Potential conundrum’
The Constitution requires eight of the Constitutional Court’s 11 members to be sitting for it to quorate and hear a case. But, because six judges from the current bench — including Jafta, Nkabinde and deputy-chief justice Dikgang Moseneke — were serving when the initial complaint against Hlophe was made and involved in the matter, they would have had to recuse themselves from it.

A further two judges, Chief Justice Mogoeng Mogoeng and current acting Justice Ray Zondo, then serving as judge president of the North West division and head of the labour appeal court, respectively, had attempted to mediate in the dispute.

This left the court unable to quorate to actually hear Hlophe’s appeal — a “potential conundrum” as the court’s judgment described this tension between judicial independence on one hand, and that Hlophe’s constitutional right to access justice would be left in limbo if the court was unable to quorate on the other.

Hlophe’s legal counsel had argued that the acting appointment option was the “first prize” for the judge president, otherwise, leave to appeal was sought.

Those involved in the Constitutional Court appeal agreed that the current make-up of the court could hear Hlophe’s application that the president be allowed to appoint acting judges, as per a reading of section 175 of the Constitution, to obviate this conundrum.

The affected players included Hlophe, the non-governmental organisation Freedom Under Law that had successfully challenged the constitutionality of the JSC’s decision not to hear the judges’ complaints at the SCA, and Western Cape Premier Helen Zille, whose application that the JSC was not properly constituted when the decision was made to not pursue the complaints, was also successfully upheld by the SCA in a separate ruling.

The court noted: “It is by now settled that constitutional provisions must be interpreted according to their purpose, gleaned from the language read in the context of the Constitution as a whole. Language, context and the scheme of the Constitution all show that ad hoc acting appointments to cater for exceptional cases like these confronting us here are not permissible.”

Ambiguity
Considering argument by Hlophe’s counsel, that a judge’s recusal renders a judge “absent” and thus replaceable with an acting judge by the president under section 175(1), the court noted the “ambiguity” of the word “absent”.

“It could reasonably be argued that a recusal creates a ‘physical absence’ for the purposes of a particular case. However, any possible ambiguity is removed when we consider that the recusal from a particular case does not preclude Constitutional Court judges from continuing to perform duties of their office. A recused judge remains required to perform the rest of her judicial duties. The action of recusal is the performance of judicial duty. The effect of a recusal therefore cannot be considered to be an absence,” the court found.

It went further to allay fears that a finding that the president could appoint acting judges to the court in exceptional instances may set a dangerous precedent on the separation of powers matter, by stating that its “textual interpretation” of the Constitution “finds further support in the context of the Constitution as a whole”.

“Constitutional provisions relating to the appointment of the judges must be interpreted with due regard to the constitutional imperatives of separation of powers and entrenchment of judicial independence. The potential danger of judicial independence and the separation of powers is ever present in the appointment of individual judges to hear a specific case and we must be mindful of this,” pointed out the court.

The court also noted that it had not decided on the “substansive” issues regarding Hlophe’s appeal of the SCA judgments.

Hlophe was denied leave to appeal the judgment in the “interests of justice” and to “preserve the fairness of its own processes”, the court stated.

A “balance needs to be struck between the court’s obligation to provide finality in this matter [as it would be intolerable to have a case pending indefinitely] and possible injustice to the applicant”, the court said.

It grappled over whether “substantial injustice will be done” if it refused leave to appeal and considered Hlophe has had the benefit of appeal and that the “underlying right” that he sought in this specific matter was “a procedural one”, the rejection of which would result in “the continuation of the process only” and not a finding on the “substance of the complaint”.

“These considerations mitigate the threat of injustice,” noted the court.

Busisiwe Mkhwebane discarded facts that were inconvenient to her when she investigated the CR17 campaign, Cyril Ramaphosa’s lawyers argued
Read more
Politics

So says public protector Busisiwe Mkwhebane’s lawyer, who said she had reason to suspect the money was being laundered through the campaign
Read more
National

In Uganda 16 women in labour die each day. One woman, backed by a civil society organisation, took the state to court
Read more
Advertising