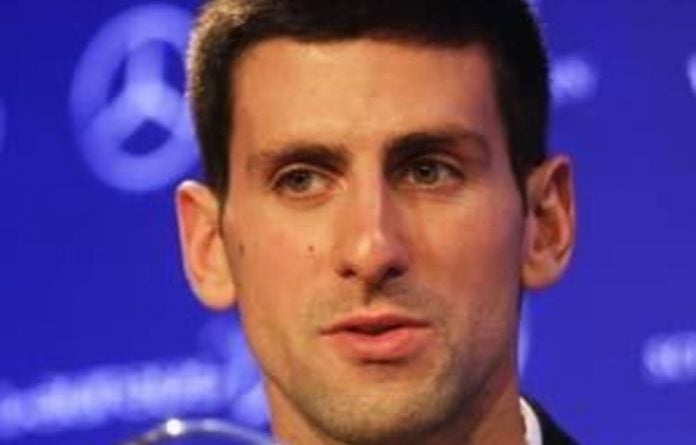 Defending champion Novak Djokovic booked a semifinal match with Juan Monaco at the Miami Masters on Thursday, holding off a determined David Ferrer of Spain to win 6-2, 7-6 (7/1).

He took the first set in just 32 minutes and broke Ferrer in the first game of the second but the tenacious Spaniard refused to go down without a fight.

Ferrer regained the early break and was holding his own until a loose service effort from the Spaniard saw Djokovic break for a 5-4 lead and a chance to serve out the match.

Ferrer denied him and the set then went to a tie-break. Djokovic claimed an early advantage as Ferrer swatted an ill-judged forehand into the net to fall behind on his serve on the first point.

In control
Djokovic (24) was firmly in control during the tie-break as he advanced to a meeting with Monaco, who celebrated his 28th birthday by surprising eighth-seeded Mardy Fish 6-1, 6-3.

“It’s always going to be tough against David. He’s one of the greatest competitors on the circuit,” said Djokovic, the winner of the past three Grand Slams.

“I didn’t want to get to the third set because physically he’s always there.”

“I had a fantastic first set, break up in the second twice, serving for the match, and then in some moments, you know, I allowed him to take control in the rallies,” Djokovic said.

“Luckily for me, it was decided in a tie-break,” he added.

In the other quarterfinal, Fish broke Monaco in the sixth game of the second set to make it 3-3 but Monaco responded by winning three straight games, closing it out on the first of three match points with a backhand drop shot.

Emotional
It is Monaco’s ninth appearance in Miami but the first time he has reached the semis.

“I can’t believe it,” said Monaco, the 21st seed. “I have a lot of emotions. It is good to celebrate this way, playing unbelievable tennis on my birthday … Every shot I wanted to play I did. It was a perfect match for me. I returned well and then I served very, very good.”

Fish said Monaco’s all-around game was too much for him.

“He did a lot of things well and I think more than anything else, he shrunk the court extremely well with his movement and that’s why I think you saw a ton of errors from me,” the US player said. “I was pressing a lot just because he wasn’t giving me anything.”

“The young guns are missing a bit of guts. A bit of balls. A bit of ‘Okay, I’m here and I want...
Read more
National