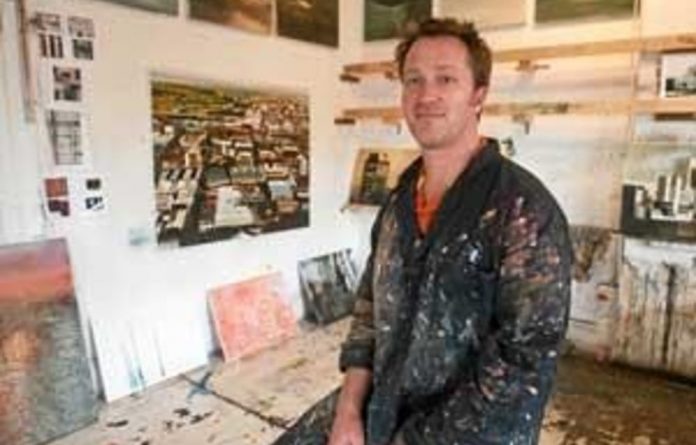 Ketso Gordhan looks at the Hermann Niebuhr painting in his apartment like one would at a favourite child. He smiles and points at the centre of the large Johannesburg cityscape.

“The reason why I chose this is because one of the things I facilitated when I was city manager in Johannesburg was the building of the ­Nelson Mandela Bridge,” he said. “I wanted that as part of the piece. I told him I didn’t want it too dark, we agreed on the basic parameters and he produced this beautiful painting.”

The former anti-apartheid activist ran the City of Joburg between 1998 and 2001, pulling it out of the red. He then became head of the private equity division of Rand Merchant Bank and held various senior roles in the FirstRand Group between 2001 and 2009.

Gordhan now consults for the presidency. But his real passion has become art since taking classes five years ago to break out of the proverbial rat race. He has also started ­collecting art seriously.

“I’ve known Hermann only since last year when I went to his studio. Two of my friends decided that they were going to buy me one of his paintings for my 50th last year.

Key to the city
So it is no surprise that ­Niebuhr asked Gordhan to open City ­Chromatic, the artist’s first solo show at the Everard Read Gallery in Johannesburg.

“I think he was putting the exhibition together and he gave me a call literally at the last minute,” said ­Gordhan, “the day before in fact. He asked me if I could open the exhibition and I said: ‘Absolutely, I love you, I love your work and I love the city, so why not’.”

Like most Johannesburg residents, Niebuhr said his relationship with the city where he was born is not simple. “[It is] complex. Somewhere in between where optimism becomes hope and despair meets melancholy. I grew up here, left after school and returned as a painter 10 years later.”

A wry observation explains it best, said Niebuhr. “A foreign journalist was standing on my studio’s balcony overlooking the city some years ago. Looking up the street he asked: “I can’t really tell, is this place on the way up or down?”

Niebuhr hired a plane before he started in earnest on the paintings that now make up City Chromatic.

“I began my documentation of the city at street level and progressed to the bird’s-eye view. Then I was zooming out, able to take in more. So, after the tops of buildings were not enough of an overview, I chartered a plane and flew over the city, taking a good a look.” He said that, on one level, the title suggests a “colouring” of the city. “I began with purely monochromatic images and, as the body progressed, slowly started adding more and more colour. The introduced washes and stains don’t, however, set out to describe a literal naturalistic depiction of the city, but rather, as in music, to evoke the psychological ‘colour and tones’ of the subject.”

Rapper Tumi Molekane (of Tumi & the Volume fame) described Johannesburg as the “New York of Africa” in a 2009 musical collaboration with Bittereinder called A Tale of Three Cities. Said Niebuhr: “It’s Vegas, Los Angeles and Cairo rolled into one.”

He isn’t the first artist inspired by the so-called City of Gold, with ­William Kentridge, Stephen Hobbs, Marcus Neustetter, Carl Becker and Simon Stone, who all have Johannesburg prominently reflected in their work.

City of gold
What makes the city unique? “I come from here. It’s my place,” said Niebuhr. “In a previous exhibition of work on the mine dumps, Jo’burg’s central paradox was made most apparent [for me]. The gold colour of the dumps comes from the toxic chemical process employed to extract the gold, you know all that glitters …

“The rich earthen browns of the city, coupled with the varied greys, are offset by magnificent skies. A colourist’s dream, really.”

The exhibition runs until Saturday April 7, at Everard Read Gallery in Johannesburg

"Fassie lived according to her own rules. That’s what made her political."
Read more
Friday

UK producer and DJ Charles Webster talks about playing at this weekend's Churn 2015 and his latest album.
Read more
Friday

The sax legend, who ‘graduated from the University of James Brown’, on the joys of leading his own band.
Read more
Friday

Charles Leonard writes about his vet’s stillborn question to Leonard Cohen and the joys of reggae.
Read more
Advertising