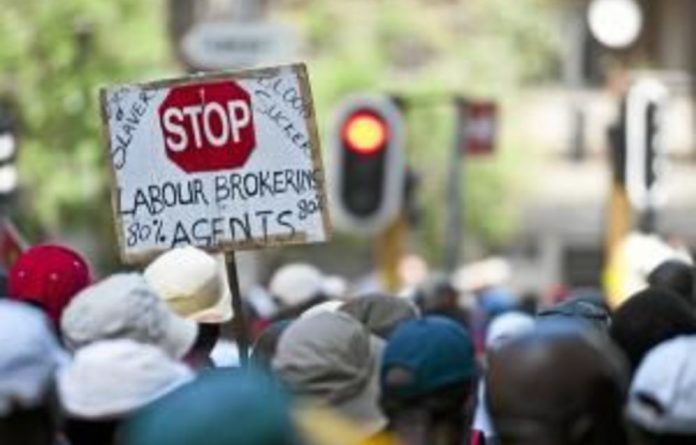 The state is pushing ahead with labour reform despite a private sector warning that “irrational” labour law amendments will be catastrophic for the creation of jobs.

Provisions have also been introduced to facilitate the unionisation of workers and sectoral collective agreements for vulnerable workers and, in some cases, to ensure the right to permanent employment.

But the private sector has claimed it will adversely affect the cost of doing business and the creation of employment.

The department of labour and representatives of organised business and labour have discussed the issues extensively in the National Economic Development and Labour Advisory Council (Nedlac) for the past year. But, last week, Bills to amend the Labour Relations Act and the Basic Conditions of Employment Act were passed by the Cabinet.

In a statement released this week, Business Unity South Africa (Busa) said it was disappointed that the Bills were approved without a regulatory impact assessment or waiting for a final Nedlac report on these matters.

Some amendments would regulate labour brokers more effectively but they would not ban them, as called for by the labour unions.

In a statement by the Confed­eration of Associations in the Private Employment Sector, John Botha, its chief operations officer, said that labour broking was the only part of the labour market that had created jobs in the past 10 years, although the umbrella union body Cosatu had denounced the practice as wage slavery. Cosatu spokesperson Patrick Craven said this week that they were still ­studying the Bills and would issue a statement later.

But according to a statement by the Federation of Unions of South Africa (Fedusa), it was satisfied with the process followed at Nedlac and was “overly pleased” with the inclusion of its proposals about the regulation of labour brokers and temporary work in general.

The contentious proposals include:

‘We sacrifice our families for Clover all year’