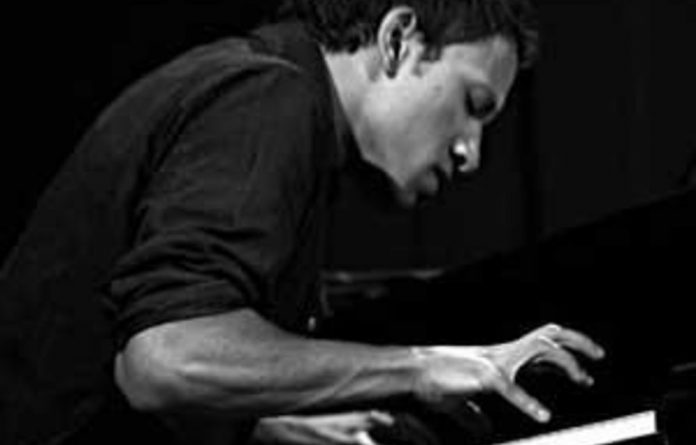 When I first interviewed Kyle Shepherd in 2009, he said: “I play with a deep hope that I can get somewhere in terms of my spirit.” He was 21 then and had just released his debut album.

With the launch of his third album, South African History !X, 25-year-old Shepherd has grown up. He has produced an album that excels musically and spiritually. Shepherd has just been signed up by Sheer Sound, a feat for a young solo artist.

Though the composer and multi-instrumentalist is soft-spoken, he is not timid, expressing strong opinions about music and jazz education. He is part of a generation of other talented young musicians such as Claude Cozens and Darren English who are trying to carve their own path in South Africa.

South African History !X will be launched on Thursday next week. It was not intended to be a concept album and reads like short stories about South Africa, and Cape Town in particular. On it, Shepherd moves closer to developing his individual voice, while still remembering his mentors — Abdullah Ibrahim, Zim Ngqawana and Hilton Schilder. The album, which features saxophonist Buddy Wells, bassist Shane Cooper and drummer Jonno Sweetman, was recorded a year ago.

Seated on a couch in his home in Crawford on the Cape Flats, he said that the title had a double meaning.

“Malcolm X said that x in mathematics represents the unknown and I really feel, as South Africans, especially young South Africans, a large part of our history remains unknown. I’ve been on this mission trying to uncover these things and it’s proven to be quite difficult.”

Referring to the other meaning, he said: “In certain languages, like Nama, the !x is a click sound, so it’s also speaking to that part of my interest in the history and how that sound later filters into the Nguni tribe.”

Lessons from the past
In trying to map the progression of this history, the album starts with Xam Premonitions, a solo piece featuring Shepherd on xaru (mouth bow). “I think it’s one of the most important instruments from Southern Africa,” he said, adding that the piece formed part of a suite, Cape Genesis, on the album — three movements that chronologically and musically track the history of Cape Town.

The second part, Slave Labour, features the late Zim Ngqawana on saxophone, which Shepherd said “is an honour I cannot put words to.” The movement concludes with Cape Flats Lament, which is Shepherd’s musical take on what has transpired on the Cape Flats — what he calls “people living in mental darkness and poverty”.

Xan Do Do uses a live sample from Bushmen of the Kalahari, to which Shepherd adds his own piano improvisations. It is a piece he particularly enjoys because it brings the music of the San and Khoi to a different audience.

Although Shepherd and his management have achieved accolades through hard work and a do-it-yourself ethic with their independent label, fineART Music, he has just officially signed a worldwide licensing and distribution deal with Sheer Sound.

Heading out
“They approached us last year, saying they’ve seen what we’ve done on our own and they’d like to enhance it. Sheer is a bigger machine but we are the fuel for that machine. They reach where we can’t.”

Performances in Japan, Holland, France, Belgium, Switzerland and Denmark have expanded Shepherd’s international profile. He plans to tour Japan and Switzerland again later this year. The album is set for international distribution in Germany and the United States. Shepherd has also been commissioned to write a piece for the Paris Autumn Festival next year.

Shepherd already has a substantial amount of new material and hints that his musical interests have moved on. Coping with the difficulties of ­surviving as a full-time musician, he said that nothing had been in vain. “The kind of things we’ve been ­working towards are finally starting to happen.”

Kyle Shepherd will launch his album officially on April 5 at the Baxter Concert Hall, Cape Town, at 8.30pm. Tickets are R90, and R80 for students and pensioners. For bookings, phone: 0861 915 8000. Info: kyleshepherd.co.za