Uranium a minefield for Malians 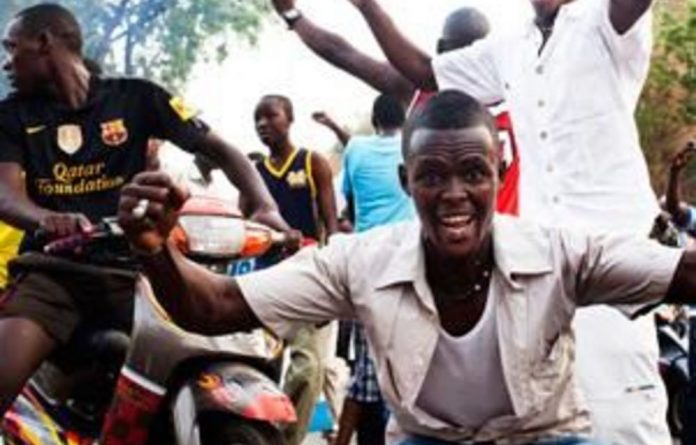 The kora playing of Toumani Diabaté wafted from the cassette player in the Land Cruiser 4×4 as a group of us made our way back to Bamako through the savannahs of southern Mali.

The sun, a molten silver disk, presided over a cement-bleached sky. Leaves on all the trees were laden with the dust of the dry season.

We had just been in Falea, a community of 21 villages in the south-west of this angular West African country. Falea is threatened with the advent of uranium mining, with prospecting already being done by Rockgate, an opportunistic Canadian mining company seemingly bent on extracting Africa’s riches and getting out.

Local people, united in a strong community organisation, have raised objections about the impact of radioactivity and heavy-metal toxicity on their soil, water, crops and in their bodies.

Experts descend on Bamako
Prior to the visit to Falea, experts from all over the world had gathered in the capital, Bamako, on the banks of the majestic Niger river, in a conference together with Faleans on uranium, health and the environment.

Sponsors included International Physicians for the Prevention of Nuclear War, an organisation that uses medical knowledge to lobby against all steps of the nuclear-fuel chain, with a focus on abolishing the remaining tens of thousands of nuclear weapons in the world’s armouries.

The conference highlighted the dangers of uranium mining for rural communities and included gruesome testimony from uranium-blighted communities in Niger, Namibia, Tanzania, South Africa and the Navajo nation in the south-western United States. Radiation experts added their knowledge to the meeting.

Mali’s minister of mines opened the proceedings, but his advisor later antagonised Falean community members by seeing uranium mining as a “chance for Malians”.

Wealth goes to foreigners
Faleans know that their community will experience only long-term agony and disruption, with the wealth derived from uranium going into the pockets of the foreign investors and their local compradors.

In Falea, villagers showed our delegation of a dozen campaigners, researchers and supporters around the community. We were guided by the diminutive, energetic Many Camara, a sociologist from Bamako with strong roots in the community. Clearly loved by all, the professor showed us the valley where the tombs of his parents lay.

We met local leaders under a mango tree and took in the poverty and isolation of the community, located 60km along difficult roads from a major highway. The villagers all live in traditional round African huts, made with straw roofs and mud-and-straw walls, undertaking some agriculture and keeping small livestock. One satellite village, comprising perhaps 30 huts, has been completely surrounded by tripods marking the intention of the drilling company to start its operations.

In one case, drilling is planned within 10m of the community’s basic kitchen facilities. When drilling starts, the company erects rigs that operate around the clock, with noise and bright lights that overwhelm the environment. Transporting any uranium to a port (the nearest is Conakry) will be along precarious roads through the middle of some local settlements, with a high chance of radioactive and toxic spillages.

Well aware of the dangers
Faleans have informed themselves of the dangers of uranium and, pressed by residents, all 21 mayors have come out in opposition to future mining. Their community organisation has established a local radio station and has received Geiger counters for the measurement of radiation with support from European donor organisations such as the Rosa Luxemburg Foundation and the City of Geneva. But is unity enough to get rid of uranium prospectors? It seems not and Mali may go the way of other countries in Africa that have allowed the exploitation of this deadly resource.

Driving back to the city, we passed through the garrison town of Kati, where army tanks had been placed in the streets. We had heard rumours that the military was requisitioning 4x4s and our drivers decided they did not want to risk it. We retrieved luggage from the roofs of the vehicles, wished the drivers farewell and caught precarious public transport for the rest of the journey.

Leaving Kati, we passed a crowd of angry rioters who had gathered at a street corner, blocking the way out of town. We were directed though a hair-raising series of back streets, through graveyards, mango forests, deserted concrete housing developments and finally found ourselves back on the Bamako road.

My plane was the first to leave, so I was bundled into a taxi for the airport. I checked in, had my passport stamped and waited for my flight in the departure lounge, but the plane did not arrive from Dakar. The airline told us there was nothing it could do.

By now, it was clear that we were in the midst of a developing military coup. The airport was about to close. Soldiers had assaulted the entourage of the defence minister, taken over the national broadcasting system, and demonstrated in downtown Bamako. I retrieved my luggage and took the chance of taking a taxi back to the city, checking into our small but charming family-run hotel in the Hippodrome area. Soon after checking in, there were machine-gun shots across the street as looting soldiers raided a bar.

In the hotel were a dozen other victims of the airport closure, most of us part of the delegation that had visited Falea. We realised that the coup had deepened, toppled the president, closed the country’s borders, and we were likely to be there for some time.

I tried to contact the embassy, but my call went to voicemail. Friends back home helped to alert the sleepy department of international relations and cooperation about my predicament and the embassy finally phoned back at 6am the following day. It offered help if necessary.

We might not need to be evacuated if the airport reopens, perhaps in a few days. Meanwhile we socialise, help each other to stay electronically connected and hold a daily seminar to share ideas and research. An Indian filmmaker showed us his documentary on the impact of uranium mining on the community of Jadugoda in the state of Jharkand.

Our small band of conference remnants is in good spirits and mutually supportive while we wait for “normality” to resume. We are from Cameroon, Canada, Chad, Tanzania, Senegal, Germany, Switzerland, Namibia and South Africa. We send our emails, drink our bottled water, and wait and wait in the relative safety of the tree-filled hotel courtyard, trying to avoid thinking about the sounds of gunshots in the area.

Maybe we will get out next week. Perhaps the next government will rethink the uranium development.

Perhaps not. Another piece of the African reality.

Back to Valindaba: SA’s plan to enrich uranium