Malema is reaching the point of no return says Mthembu 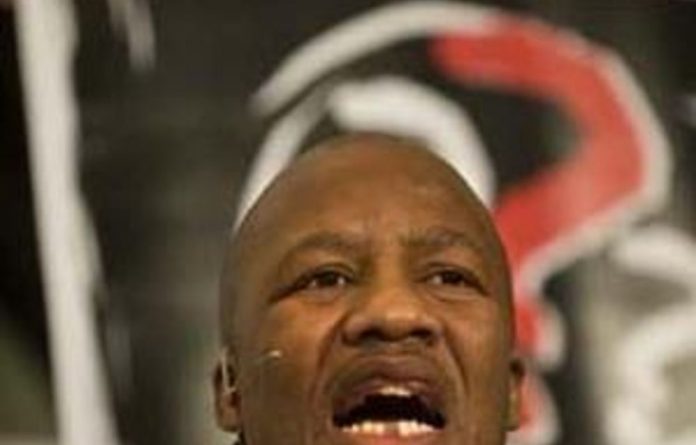 ANC Youth League president Julius Malema will reach a point of no return if he continues hurling insults at ANC leaders, the ruling party said on Saturday.

“Attacks directed at the ANC leadership and the president [Jacob Zuma] in particular have been going on for some time and have reached intolerable levels of disrespect,” ANC spokesman Jackson Mthembu said in a statement.

“If this assault and insults on the ANC leadership by Malema continues, he will be unwittingly dragging himself to a precipice where a point of return is impossible in the eyes of ANC members.”

On Friday, Malema derided Zuma’s leadership during a centenary lecture in Johannesburg, saying Zuma had replaced democracy with dictatorship.

He said the league was being traumatised and suppressed under Zuma’s leadership.

Mthembu said Malema’s comments were “devoid of any truth.”

Dim utterances
“We hold a very dim view of his utterances particularly coming from a person who professes to have blood that is black, green and gold.”

Instead of attacking the African National Congress on a public platform, Malema should have used existing channels within the organisation to raise his concerns, said Mthembu.

This was not the first time Malema, who was also an ANC national executive committee member, had attacked ANC leaders.

Mthembu said these attacks “have become an almost regular posture” for the embattled youth league leader.

“While this might come late in the equation, we will still like to advise comrade Julius to refrain from throwing insults at the leadership and the president.”

Mthembu said that at no stage had the collective leadership of the ANC nor Zuma made a statement that would suggest intolerance.

Mthembu emphasised that Malema and other youth leaders were charged in their capacity as members of the ANC and not as leaders of the ANCYL. Charges had been brought about by the ANC in its entirety, and not by Zuma, he said.

“Any attempt to isolate President Zuma in this regard, is bound to fail. We all hold him in high esteem and no amount of attack on his good integrity will change or erase that,” said Mthembu.