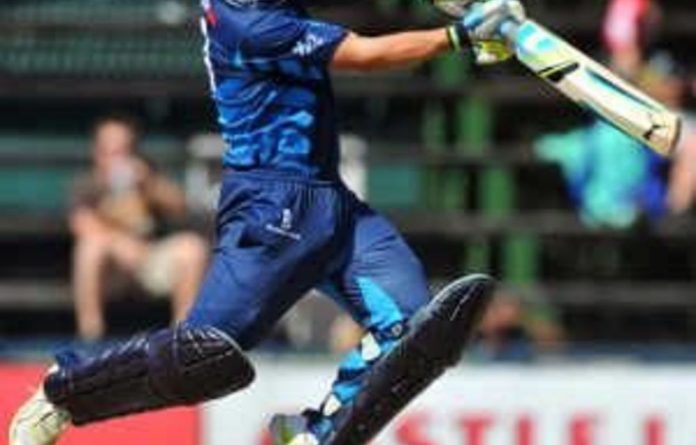 The Proteas’ spin pair of Faf du Plessis and Roelof van der Merwe weaved the Titans to victory over the Lions in the T20 Challenge final at the Wanderers by 45 runs on Sunday.

Chasing 188 for victory, Du Plessis killed any hopes of a late push for victory for the Lions as he picked up four scalps for 24 runs in his four overs.

The Lions were bowled out 142 after 18.5 overs to hand the Titans the title.

Van der Merwe accounted for the experienced Lions batsman Neil McKenzie as he was bowled for 24 with the score on 82 for six.

With the home team poised for a late assault with six wickets down and 100 runs up in the fourteenth over, Du Plessis dismissed Chris Morris (18), as he looked to play one behind the keeper and a running dive from Alife Thomas completing the catch.

Du Plessis proved too much too handle as Tsolekile (14) was out halfway through the sixteenth over with a soft caught and bowled to the bowler.

Earlier, the Lions got off to a bad start with Albie Morkel getting two wickets in his first over which saw Alviro Petersen (5) and teenager Quinton de Kock out for 17.

In the Titans innings, the visitors kept a good scoring rate throughout, after a solid opening partnership and some decent contributions down the order.

Brisk partnership
Top scorer, Farhaan Behardien, helped finish off the innings with his score of 42 runs off 26 balls.

After a brisk opening partnership between Henry Davids (27) and Heino Kuhn (14) of 43 off 23 balls, the Titans soon found themselves at 47 for two.

Du Plessis (22), after being dropped the previous ball with a sharp caught and bowled chance by Dwaine Pretorius, was caught by Chris Morris at deep mid-wicket the next delivery.

The star of the Lions bowling attack was Aaron Phangiso.

He went for 14 in his four overs picking up the wickets of Van der Merwe and a well-set Martin Van Jaarsveld (32).

In his allotted overs the slow-left armer did not concede a boundary.

The wicket of Van Jaarsveld brought together Behardien and Albie Morkel (21), who combined for a 42-run partnership off 27 balls.

Towards the end of the innings it was Behardien with David Wiese (14) who crossed the boundaries with ease to set to the imposing 187 total. — Sapa