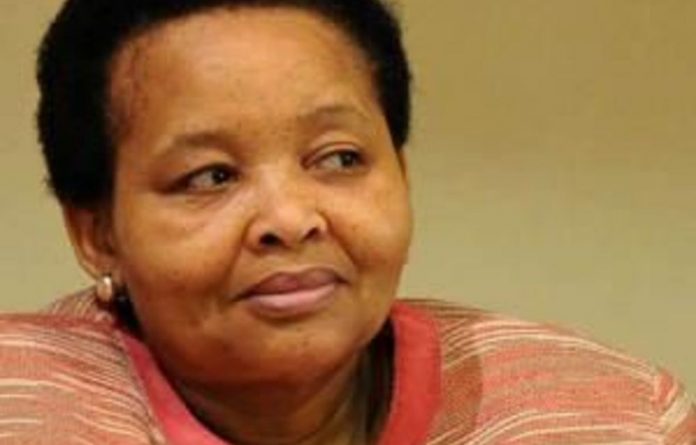 Women and Children Minister Lulu Xingwana has dismissed as “sensational hot air” a report that she demanded to be upgraded from economy to business class on a flight from Accra, Ghana, her office said on Sunday.

The City Press reported on Sunday that Xingwana allegedly shouted at a white air hostess “shut up, shut up, is it because I am a k*****?” when her request to be bumped up from economy to business class was refused.

“This one-sided and biased journalism sacrifices the truth at the altar of sensational headlines,” said Xingwana’s spokesperson Cornelius Monama.

Xingwana had denied the allegations, but the newspaper chose to ignore her version of events, he said.

“The minister dismisses the allegation that she shouted at anyone. She denies having said what she is alleged to have said. The minister never used the k-word nor anything relating to [South African Airways] shareholding.”

‘Naughty child
An unnamed passenger told the newspaper that Xingwana refused to let her hand luggage be stowed away for take off in the incident on Thursday.

“The minister was like a naughty child. She snatched the bag and put it on her lap with her arms locked around it,” the passenger said.

“I was shocked and embarrassed. This was a national minister.”

When an air hostess told her she could not be upgraded to business class because she held an economy class ticket, Xingwana allegedly responded: “But I am a shareholder of this company.”

‘Shock’
In a statement, Monama said Xingwana had “politely” asked to be upgraded to business class and was “shocked by the rude and disrespectful attitude she received”.

Another SA Airlines employee apologised and explained that the business class section was full.

Monama said it was not clear why the air hostess wanted to take Xingwana’s handbag away: “We don’t know why it is wrong to put a small hand-bag on one’s lap”.

In November, Xingwana said in Parliament that, due to her health, she could not fly ‘la-la class’. — Sapa