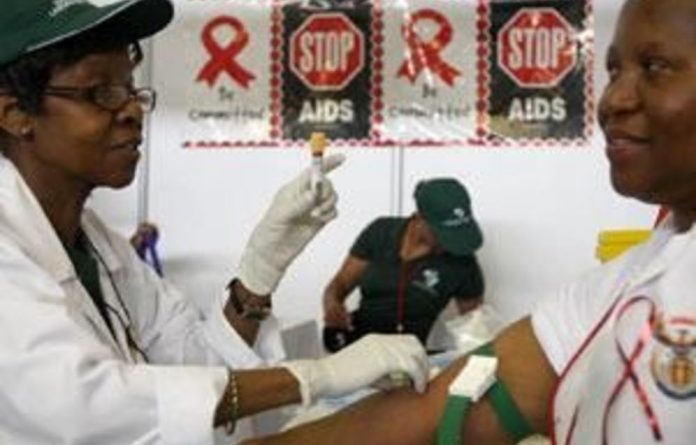 Rumours began circulating on Thursday last week that the entire Sanac secretariat had been summarily fired. The organisation denied the rumours, saying staff contracts had ended and the secretariat was restructuring.

Affected staff say their rights have been violated and that the process is being managed in an unethical manner. “A new CEO came in who got rid of more than 25 years of institutional memory. There’s no logic to this, no reason,” said one staffer who asked not to be named.

Affected staff said they had been working without benefits on temporary contracts with the health department which was renewed every three to six months.

They say the expectation was that these contracts would simply be renewed again at the end of March. But this was not the case. Last Tuesday they received letters stating that their contracts would be terminated by the end of that week.

“The NSP goes live on April 1 but Sanac will have no staff who will work on the implementation,” said a person close to the issue.

“As of April 1 2012, the secretariat will have six staff members and the board of trustees has approved the filling of a further nine staff during the course of this year,” he said, adding that the secretariat also has 10 employees who have been seconded from donor organisations including UNAids, the Clinton Foundation and the UK’s department for international development.

Sanac deputy chairperson Mark Heywood said the restructuring, which has had administrative difficulties in the past, was necessary.

“We’re trying to strengthen the secretariat so it can better service the core function of the national Aids council and the provincial Aids councils and support the implementation of the NSP.”

According to Abdullah, staff in the secretariat have been aware of the transition since last year. New positions were advertised and all contract staff was encouraged to apply, he said.

Shopping for skills
Two of the seven staff on short-term contracts secured new positions and a third is going through the recruitment process, one opted not to reapply and the other three were found not to have the skills necessary for the positions they applied for, he said.

But a staff member complained that only junior positions were filled and that this will affect the already understaffed secretariat’s ability to function.

Abdullah maintained that Sanac’s operations were in “full swing” and that the new structure was much more focused on implementing the NSP. “Sanac is fully functioning and getting on with all our work streams,” he said.

He said the secretariat was discussing ways in which the affected staff could be supported during the transition.

But this will be cold comfort for the aggrieved parties who have found themselves unexpectedly out of a job. The matter has been referred to the Social Development and Health Bargaining Council.