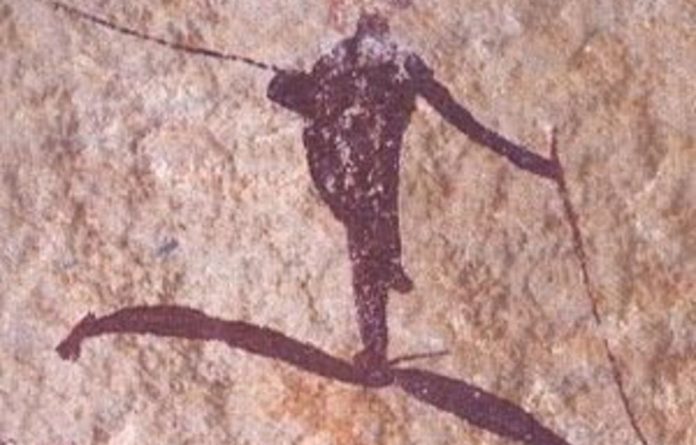 Local and international audiences will now have access to South African artwork and indigenous rock art from the comfort of their desks or armchairs, through Google's pioneering Art Project.

The Art Project uses Google's Street View technology to allow users to wander the halls of the world's great art galleries. Clicking on an artwork brings up high-resolution captures of the artwork and users can zoom in to explore the smallest details.

A small number of artworks have been rendered in "gigapixel" resolution that is about 1 000 times more detailed than images with the average digital camera.

Users can create personalised galleries and share them with others, a feature that lends itself to the teaching of art history.

Now, the internet search giant, which has formed links with the world's top art institutes to digitise all manner of artwork from paintings to street art, has expanded its project to bring art lovers a greater variety of material to explore from two of South Africa's own cultural institutions.

The original Art Project included about a dozen of the world's top galleries, such as the Tate Art Gallery and the Van Gogh Museum. It's now been expanded to include 151 partners in 40 countries.

They are the only two African art institutes represented in the project.

Riason Naidoo, director of the Iziko gallery, said the project would help showcase South African art and provided an opportunity to promote local artists on an international scale.

The Iziko gallery has contributed 57 images to the project from its permanent collection. These include 17th and 18th Century works of Dutch, Flemish, English, Italian and South African origin from its historical collections; and traditional African art, including indigenous beadwork of Zulu and Ndebele origin.

The collection also includes new media and photography from the 1970s and 1980s, with work by David Goldblatt and Guy Tillim, who have their roots in the documentary photography tradition.

Amit Sood, the head of Art Project, said the new expanded programme demonstrates Google's commitment to all types of art, and cultures and civilisations all across the globe.

Art historian and critic Matthew Partridge said Google's virtual galleries would give many South African school children the opportunity to view artwork that they never would have seen otherwise.

But at the same time, he said, the digital experience could never equate to the experience of viewing an artwork.

"We can't expect this kind of technology to replace the material experience of viewing art," he said. "From a teacher's perspective it's absolutely vital that we have access to these kinds of things but at the end of the day it's really about getting kids feet in museums."

Last month Google launched the Nelson Mandela Digital Archive Project, in which reams of documents, photographs and videos relating to the life of former president Nelson Mandela have been digitised and made available online.

Arthur Goldstuck, technology commentator and managing director of World Wide Worx, said the use of Street View in the project would enhance the user experience.

"Part of the process of consuming art in a gallery is also experiencing the way the art has been curated," he said. "You're not merely seeing standalone images, you're seeing the images in a context and the curators of the better galleries have contextualised the art in such a way that you can experience and explore the art in a way that enhances your appreciation of it."

Goldstuck said the project would enhance the democratisation of information by making available resources that only the very privileged might have had access to previously.

Walter Battiss: Back to the past for the future

Restoring Walter Battiss's work will give us clues to our intriguing history and how we all connect.
Read more
National

Despite his flagging influence, Tony Yengeni remains a public persona that people love to hate.
Read more
Advertising
Continue to the category
Education