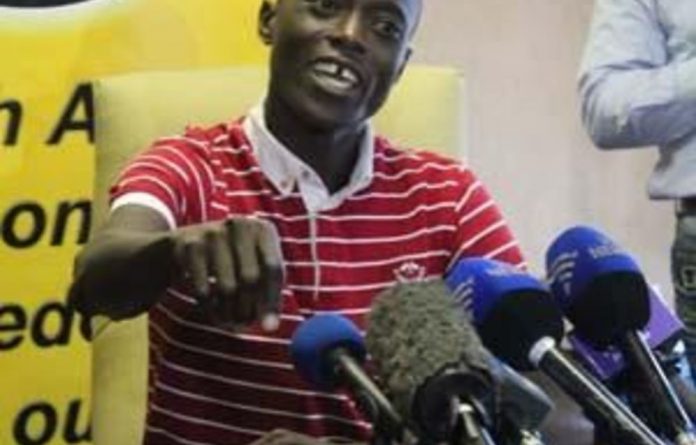 The MKMVA called on the ANC leadership to summarily expel Malema from the organisation at a briefing at Luthuli House in Johannesburg.

“Julius Malema thinks he is bigger than the ANC. Since his ascendance to the presidency of the league, no individual has been more divisive and disruptive like him in the ANC in recent years,” said MKVMA chairperson Kebby Maphatsoe.

This follows Malema labelling President Jacob Zuma a “dictator” on Friday, and repeatedly calling for leadership change ahead of the ANC’s elective conference in Mangaung

“We call on the general membership of the ANC to unite and defend the ANC and it’s leadership against attacks from within and outside the ANC,” said Maphatsoe.

The MKMVA also chastised ANC treasurer general Matthews Phosa, who shared the stage with Malema in Johannesburg, for not reprimanding the young firebrand when he made the remarks.

The MKMVA press conference comes in the wake of the ANC national disciplinary appeals committee deliberation over Malema’s expulsion.

Malema was expelled from the ANC in February after initially appealing a five-year suspension from the organisation when he was found guilty in November of sowing divisions within the ANC.

The league has repeatedly painted the disciplinary charges against Malema as a witch hunt by senior ANC members wishing to suppress the youth of the leading party.

After initially calling certain sectors of the MKMVA “sell-outs” with a “bad history”, Magaqa lambasted the military vets for “seeking attention”.

“We can’t be diverted from our drive for economic freedom by people seeking political mileage. It’s a fashionable thing to get into the media by saying you’ll talk about the ANC Youth League,” Magaqa said.

Magaqa added the MKMVA were “ignorant” to address the disciplinary charges against Malema.

“A normal member of the ANC will know that if processes are still in play, Malema still remains our president. It’s their view that he should be expelled, but for now we are following organisational procedure as per usual,” Magaqa said.