Malema is no longer the issue, say analysts 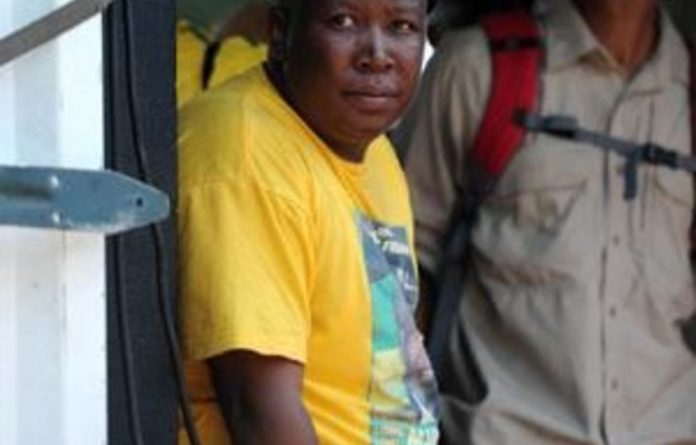 The suspension of ANC Youth League president Julius Malema and the quasi show of unity by the ANC’s top six this week has set the scene for Jacob Zuma to dictate the terms of any challenge against him at the upcoming ANC elective conference in Mangaung.

On Tuesday the ANC’s top six leadership reprimanded the youth league for sowing disunity within the ruling party.

On Wednesday morning the Mail & Guardian reported the ANC national disciplinary committee (NDC) summarily suspended Malema for what it deemed a “serious violation” of the ANC constitution.

On Friday, Malema called Zuma a “dictator” who supresses “new ideas” in the ANC.

Although Malema’s demise has been in the offing for some time, the timing of his summary suspension is a little more than convenient for Zuma.

Malema had previously shared public platforms with ANC deputy president Kgalema Motlanthe and treasurer general Matthews Phosa during his attacks on Zuma, which has been interpreted as tacit support for the youth leader’s utterances.

It is understood both Phosa and Motlanthe are underhandedly jockeying for key ANC leadership positions ahead of the party’s next elective conference this December.

But Malema’s suspension is not the real story.

By taking Malema out of the equation, the president has removed a vehicle for his foes to drive their presidential ambitions, without being forced to reveal themselves.

“Malema is no longer the issue here and his actions are becoming inconsequential in the grand scheme of the political landscape,” Professor Stephen Friedman, director of the Centre for the Study of Democracy told the M&G.

This was echoed by Eusebius McKaiser, political analyst at the Wits Centre for Ethics.

“Malema will still try and remain influential through the media and by trying to orchestrate proceedings from the sidelines, but he doesn’t have much left. All he can do now is get on with the anti-Zuma rhetoric,” Mckaiser said.

Section 25.12 of the ANC constitution allows for immediate suspensions, provided it is delivered under “exceptional circumstances” and is based on the “seriousness of an alleged violation”.

Such suspensions are however temporary and a disciplinary team must investigate the suspension and conduct a hearing within thirty days of the date of delivery.

Nonetheless, Malema may not need to wait for the nature of the fresh disciplinary charges, as the national disciplinary committee of appeals is due to deliver judgment on the youth leader’s appeal against his expulsion next week.

“Zuma has just made life very difficult for anyone benefitting from the attacks waged by Malema against his presidency. The big question is how the likes of Motlanthe, Phosa and any other would-be challengers will react,” said Mckaiser.

So while Malema and his allies began writing Zuma’s political obituary, the president has once again proved to be more politically savvy than is given credit for.

Anyone brave enough to enter into a contest for the ANC presidency would not only need to employ the same shrewdness but also be certain he enjoys the rank and file support Zuma does.

“It would not be wise for anyone to go up against a sitting president unless they are certain they have the votes of at least 70% of ANC members at Mangaung. If they were to lose they’d be cast out into the political wilderness,” said Friedman.