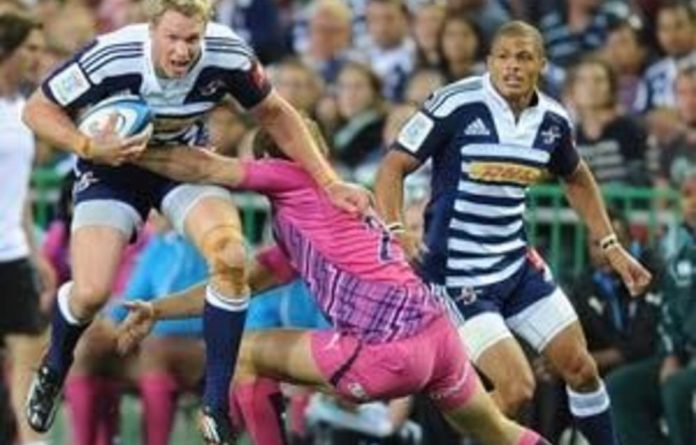 Jean de Villiers does not get enough credit. It is not being unkind to the memories of Tjol Lategan and Ryk van Schoor to suggest that De Villiers and Jacque Fourie are the best centre partnership in Springbok history. Fourie gets a lot of good press because he is the muscular man on the outside, but it is De Villiers who gives him the space to perform.

De Villiers is coming towards the end of his remarkable career, but he is still the best inside centre in South Africa and probably the world. In the absence of an injured Schalk Burger, De Villiers has been leading the Stormers on their unbeaten run in this year’s Super Rugby competition. He does so with a quiet authority on the field and thoughtful introspection off it.

Few captains, in the aftermath of a mighty battle with the Bulls, would have had the presence of mind and the humility to say into a microphone: “If this game had been played at Loftus, the Bulls would probably have won.” This is not the one-dimensional sort of statement we are used to, but the considered response of a man proud to have won but understanding how close his team came to losing.

Consequently the Stormers boarded their long-haul flight to the antipodes with a lot more going for them than five successive wins. Even the continued absence of Burger could be seen as a plus because his replacement is in stunning form. Siya Kolisi is a rare talent and if he stays fit he will inevitably become a Springbok.

Few people preseason would have dared to suggest that this week’s fixture between the Stormers and the Highlanders in Dunedin would be between the first and second teams on the log. The Stormers had a kind draw and their performance over the past few seasons suggested that they might be in the mix come playoff time, but the Highlanders have been a rabble for many years now.

In 2012 they have had to deal with the financial collapse of the Otago Rugby Union and it may be that, as with the Crusaders following last year’s Christchurch earthquake, happenings behind the scenes have focused the players’ minds. It may not last the whole year, but in any logical scenario the Highlanders should replace the Stormers at the top of the table this week.

That may seem a churlish statement after what has gone before, but it ought to be remembered that the Stormers had to strap their bruised bodies into an aircraft on Sunday and fly for more than a day across the time zones to reach Dunedin. The city at the southern tip of New Zealand will come as a brutal wake-up call to those used to the balmy autumn weather of Cape Town.

Stormers coach Allister Coetzee acknowledged the difficulties facing his team, saying: “We will only have time for one or two sessions and they are going to have to be flush-out sessions after the long flight. Then, of course, there is the jet-lag factor that we will have to work through.” It all adds up to what looks like a bridge too far, but the Stormers have done enough this year to suggest that the Highlanders may not have it all their own way.

The return to fitness of their two first-choice hookers, Tiaan Liebenberg and Deon Fourie, makes a huge difference to the balance of a gifted but youthful front row. Equally, the lock position has depth and quality with Andries Bekker, Eben Etzebeth and Rocky Elstadt competing for a starting place.

Kolisi’s pace is the key component of an efficient back row and the experienced axis of De Villiers and Peter Grant in the midfield gives the whole side balance.

And yet, it is more than likely that De Villiers will be giving the losing captain’s speech on Saturday. A bonus point for finishing within seven is probably the best the Cape side can expect, but defeat would be no bad thing, for we have seen unbeaten sides in the past struggle to carry the monkey on their back as the season progresses.

This is a month-long tour that includes trips to Christchurch, Brisbane and Perth in the weeks to come. Preseason, the matches against the Crusaders and the Reds would have looked like the toughest, but last week the Force whipped the Reds in Perth, a third humiliating loss on the road for the defending champions, whereas the Crusaders battled to beat a one-dimensional Lions team in Johannesburg.

The seven-time champions were far from their clinical best on the highveld, despite the return of Dan Carter, and they will have to be twice as good when they face the Bulls at Loftus this week to avoid humiliation.

The Crusaders fly home on Sunday and will meet the Stormers in Christchurch next week. Once again the fixture list seems to have dealt a winning hand to the Stormers and, whatever happens this week, they should have a good chance of winning their remaining three matches on tour.

DA, EFF lack the muscle to keep the ANC in check