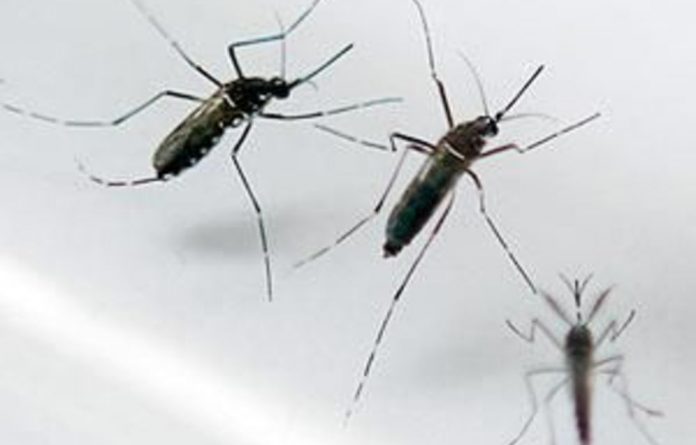 The global fight against malaria is being threatened by growing resistance to powerful new drugs which have become one of the most important weapons in the battle.

Even though the resistance developed in Southeast Asia, it poses a great threat to our continent: the last time such immunity to anti-malarial drugs grew, it was in the same region and spread quickly to African countries, leading to the deaths of millions of children.

Now, again, experts say that the medical effects of artemisinin-based compounds, being used to treat people around the Burma/Thailand border, are weakening. Where there were once apparently miraculous recoveries of children treated with artemisinin-combination therapy (ACT) now the treatments take longer to be effective.

Doctors envisage a time, when, if nothing is done, the drugs will cease to work at all.

Malaria parasite resistance to the drugs had been identified in western Cambodia but it was hoped that tough controls would contain it. Now, however, scientists say there are real problems in Burma — and they warn that resistance there must be tackled if it is not to spread worldwide.

They warn that history is repeating itself: resistance is appearing and artemisinin is losing its potency just as happened with older drugs, like chloroquine, and it is beginning in exactly the same places on the map.

The discovery of resistance to drugs — which have, with insecticide-impregnated bednets, altered the course of the malaria epidemic — “threatens worldwide initiatives to control and eliminate malaria”, reports a paper in the Lancet.

The paper is one of two by teams of scientists who have studied the growth of resistance on the Thai/Burmese border.

“Resistance to the previous mainstays of antimalarial treatment, namely, chloroquine and sulfadoxine-pyrimethamine, also arose in western Cambodia and spread across Southeast Asia into Africa, resulting in the deaths of millions of children,” the paper says.

In another paper, published by the journal Science, scientists in Southeast Asia and the US identify a major region of the malaria parasite genome associated with artemisinin resistance.

This link could allow researchers to map resistance and help prevent its spread which, they write, “would be catastrophic for malaria control”.

Nick White, chair of the Worldwide Antimalarial Resistance Network, and an author on each of the papers, said there had been rumours that resistance might have spread to Burma.

White, a professor, who is also chair man of the Wellcome Trust’s South-east Asia major overseas programmes, added: “There is no doubt there has been quite significant reduction in susceptibility to artemisinin. The problem is that once it gets to Burma, that is the gateway to the west. Malaria control in Burma is much weaker than in the rest of the region. It is going to be much more difficult to contain it.”

Because of the political situation Burma did not get the same levels of funding for malaria control as other countries. “Burma needs help,” said White.

Misuse of the drugs in Asia has allowed parasitic resistance to develop and the sale of single artemisinin pills, which should be taken in combination with other drugs, has been a disaster.

“It is pretty clear that the widespread availability of substandard, counterfeit drugs and monotherapies, is what has driven this,” White said. “It has been possible in parts of Southeast Asia for more than 20 years to buy the pills over the counter. Lots of them are substandard and people take one or two pills, until they feel better.”

More information on the spread of resistance was vital. “We have not got enough information. This is a war on malaria. It is remarkable how little investment there is in intelligence gathering. People are not looking properly.”

If this were a flu pandemic, the west would be mobilising all its forces, he said, but too little was being done in spite of the consequences.

“Chloroquine resistance came from exactly the same place in Cambodia. That literally killed millions of children in Africa. Here we have it again. Is the response appropriate to the threat?” I don’t think so. We really need to scale up. It is going to require an international effort.” —