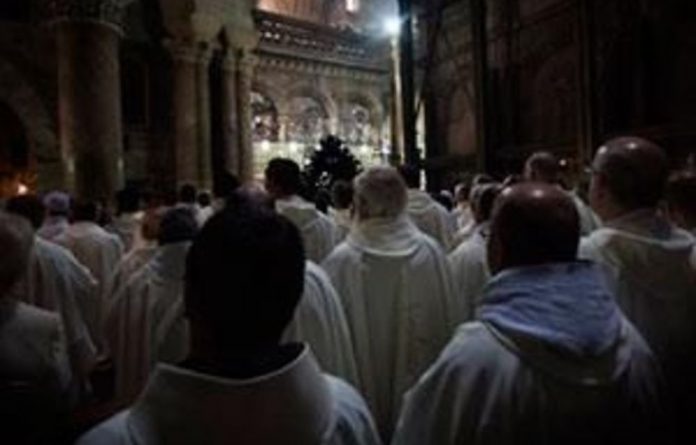 Christians and Jews in the Holy Land are set to begin marking their most important festivals as Good Friday and Jewish holiday of Passover coincide.

As Jewish families completed last-minute preparations for Passover, which begins at sundown and commemorates how the Israelites escaped from slavery in Egypt, thousands of Christians were gathering in and around the Old City to remember the crucifixion and burial of Jesus.

Ahead of the holidays, the Israeli military imposed a two-day closure on the West Bank, saying it would only allow Palestinians access into Israel for emergency medical or humanitarian reasons.

According to the account in the Gospels, Jesus, who was Jewish, was betrayed just hours after eating the traditional Passover meal with his disciples at a house in Jerusalem.

Hours later, he was condemned to death and forced to carry his cross to the crucifixion site on a hill outside the city, known as Golgotha, or “place of the skull” in Aramaic.

Christian pilgrims mark the anniversary every year by walking from the Garden of Gethsemane on the Mount of Olives then along the path where Jesus walked, now known as the “Via Dolorosa” or the “Way of Suffering”.

The march ends at the Church of the Holy Sepulchre in the middle of the Old City, an ancient sprawling shrine which Orthodox and Catholic Christians believe was built on the original site of the crucifixion and burial of Jesus.

Other quiet remembrance ceremonies were to take place at the nearby Garden Tomb, an alternative site outside the Old City walls which some believe is the true site of the crucifixion.

Known as Gordon’s Calvary after the British general who discovered it in 1894, the site houses a rock-cut tomb and a hillside which looks like a skull, believed to be Golgotha.

According to the Gospels, Jesus was crucified and buried a day after he celebrated Passover, then rose from the dead on the morning of what has become known as Easter Sunday — the most important day of the year for Christians. — AFP