Zuma gets ANC’s Mpumalanga show on the road 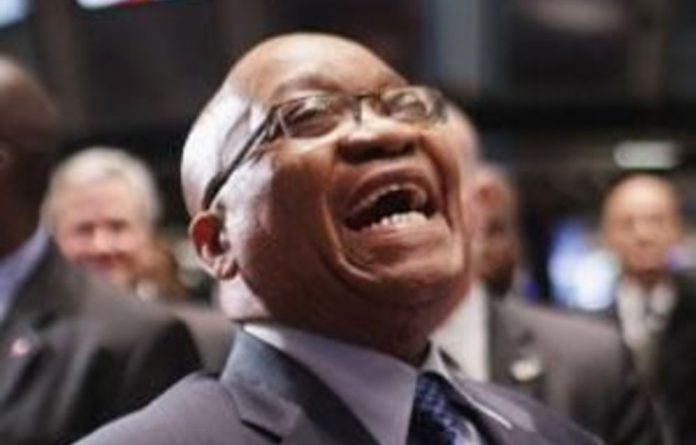 President Jacob Zuma has opened the ANC’s Mpumalanga elective conference in Nelspruit, which may test the extent of his influence within the party.

Zuma’s presence may bolster the chances of his ally, incumbent chair David Mabuza, to keep his position — in the face of stern opposition from the province’s minister of health, Clifford Mkansi, who is thought to have the tacit backing of alliance partners — as well as the ANC Youth League — who are unhappy with Mabuza’s performance as the leader of the ANC in Mpumalanga.

“There have been no hitches at all, it is going well,” said spokesman Paul Mbenyane.

Registration for the conference was completed on Thursday evening.

“There are over 1 000 delegates, the most our provincial conference has ever had, and this shows that the ANC is growing in the province,” he said.

President Jacob Zuma delivered a two-hour speech before lunch and provincial party chair David Mabuza would address the delegates in the afternoon.

Mabuza and Mkansi are expected to vie for the top party position during the event, held at Mbombela Stadium.

Mbenyane said the candidates were expected to be announced on Friday evening between 8pm and 10pm.

Candidates would then submit their availability and more nominations from the floor would be processed.

Voting for the top spot would take place either on Friday night or on Saturday morning, he said.

Mabuza — reportedly a close ally of Zuma — received overwhelming support during the ANC regional conferences, with four regions showing their support for him.

However, he could face a tough fight as the Congress of South African Trade Unions, the ANC Youth League and the SA Communist Party have voiced their disapproval of him as leader.

Those who want Mabuza removed have repeatedly complained about widespread corruption, divisions within the ANC and political infighting.