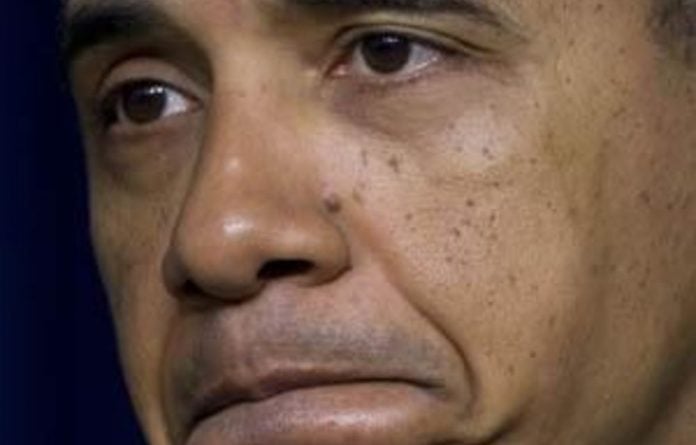 When President Barack Obama criticised Mitt Romney by name this week for embracing a controversial Republican budget proposal, he worded his attack carefully and with bite.

“(Romney) said that he’s ‘very supportive’ of this new budget, and he even called it ‘marvelous’ — which is a word you don’t often hear when it comes to describing a budget,” Obama said during a speech on Tuesday, before adding:

The desired effect was clear: tie Romney directly to mostly unpopular plans for budget cuts and emphasise that the former executive is out of touch by lampooning his use of a seemingly out of date adjective.

After watching quietly while Republican candidates fought each other, Obama is now trying to define his likely opponent in November as an out-of-touch multi-millionaire who would cut social programs for the elderly and the middle class while promoting policies to help the rich.

A subtle message
Obama’s riff on Romney’s use of the word “marvelous” to describe Representative Paul Ryan’s budget plans carried a subtle message.

“It’s a word you kind of associate with the upper class, and I think that the intention was to tweak Romney for being wealthy and, you know, sort of brought up in the kinds of circles where they would say ‘marvelous,'” said Kenneth Sherrill, a political science expert at New York’s Hunter College.

“That’s trying to get under his skin a little bit.”

The attack — which Obama repeated at a fundraiser on Thursday night — is a sign of things to come.

Obama’s campaign has worked steadily to construct an image of an insensitive and patrician Romney even before he wins the Republican nomination, hoping to create a caricature that sticks with voters once the election officially becomes a two-man race.

The back and forth is a foreshadowing of what is likely to be a very nasty campaign. Hunter College’s Sherrill said both candidates were likely to get very negative.

“This will be a spectacularly aggressive and negative campaign in the general election,” he said. “I think that the principals — the candidates themselves — are going to go after one another pretty strongly.”

Yet former constitutional law lecturer Obama can only go so far with charges that Romney is an elitist.

“It looks to me like what Obama’s trying to do is two things: one is run on class warfare … and (two) just demonise his opponent,” said Charlie Black, a former adviser to 2008 Republican nominee John McCain who is now advising Romney.

Class warfare
“A president who’s also wealthy and went to Harvard is not going to win on class warfare.”

Obama’s campaign is already drawing contrasts in areas where it perceives Republicans to be weak. Obama regularly brings up his support for immigration reform at political fundraisers, a dig at Romney’s hard line against illegal immigration.

Hispanics, who could provide the swing votes needed to win battleground states such as Colorado and Nevada, largely back Obama in polls.

His campaign is also targeting women, another critical voting bloc that Democrats want in their column.

Obama spoke at a conveniently timed forum on women and the economy at the White House on Friday, making reference to influential women in his life as well as his appointment of two women to the Supreme Court.

Nasty campaign ahead
This line seems to be working. Polls show support for Obama among women is increasing, while Republicans have lost ground due to conservative stances on birth control.

On healthcare, Obama advisers gleefully describe the president’s 2010 reform law as modeled on Romney’s own effort in Massachusetts, reminding conservative Republicans of the candidate’s moderate past.

Obama will also bring renewed attention on Tuesday to the so-called “Buffet rule,” a measure to raise taxes on the wealthy, which Republicans oppose.

“Obama’s smart enough to know … (that) many people in the public are perceiving Romney as an elitist who does not have sympathy for workers or the poor,” said Mark Rom, an associate professor of government at Georgetown University.

“Anything he can do to reinforce that image, he’ll take the opportunity to do.”

“Middle-class Americans have lost faith in President Obama because his basic message in this economic slowdown is that 8% unemployment is the new normal, and other rising cost pressures like high gas prices and rising health care costs are all someone else’s fault.” — Reuters