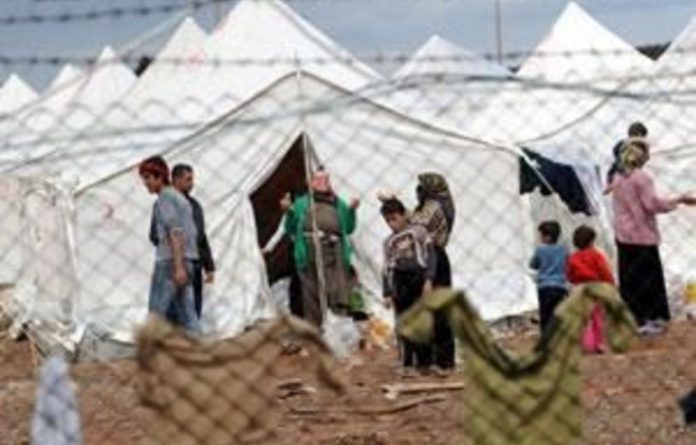 Syrian forces have fired across the border into Turkey, hitting a refugee camp in the latest incident to fuel mounting international concern about escalating violence hours before a UN deadline to end the crisis.

There were reports that two people had been killed and at least 15 injured inside the camp near the town of Kilis in south-western Gaziantep province on Monday — the first such incident since Turkey began sheltering thousands of Syrians last summer.

China has called on the Syrian government and opposition to comply with a UN-backed plan for a ceasefire and negotiations as hopes fade that an agreement can be reached by Tuesday morning’s deadline.

China called on both sides to abide by ceasefire and troop withdrawal promises, cooperate with Kofi Annan’s mediation efforts to alleviate the current tense situation and facilitate humanitarian assistance, and “promote a political solution to the conflict”.

Annan had called for a pullout to be completed by Tuesday morning with a ceasefire taking effect 48 hours later as the first stage in a six-point international plan for political negotiations between the regime of President Bashar al-Assad and its opponents.

The appeal from Beijing came as Syria’s foreign minister, Walid al-Muallem, flew to Moscow for emergency talks on the crisis. In February, Russia and China used their vetoes to protect Syria from censure in the UN security council but since then have also backed the Annan plan. The UN estimates that 9 000 people have been killed due to the violence in Syria in the last 13 months.

Written guarantees
Syrian state media insisted on Monday that the Assad’s government stood by its commitment to the Annan plan and blamed “armed groups” for failing to provide written guarantees that they would stop fighting before regime forces withdrew from cities.

“Annan has not offered written guarantees to the Syrian government that the armed groups agreed to stop violence, nor has he offered guarantees that Qatar, Saudi Arabia and Turkey will commit to stop funding and arming terrorist groups,” the foreign ministry said.

Opposition activists poured scorn on Assad’s demand for guarantees but argued it was entirely consistent with his strategy of buying time and exploiting the divisions of opponents at home and abroad.

But many also blamed Annan for being naïve to believe Assad had any intention of compromising. “The Syrian regime has just given Annan the finger,” said one. Reports from local activists said 60 people had been killed across the country on Sunday.

Annan, the UN envoy and the organisation’s former secretary general, is reportedly heading to Turkey to inspect refugee camps there.

Human Rights Watch said that Syrian security forces had summarily executed over 100 — and possibly many more — civilians and wounded or captured opposition fighters during recent attacks on cities and towns. Many of the incidents took place in March this year. —