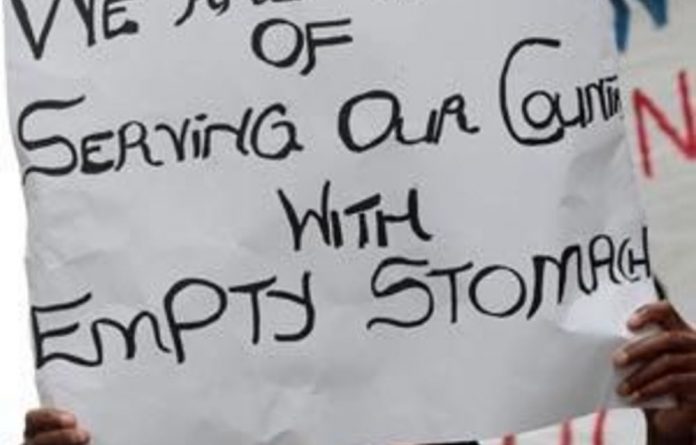 The South African entrepreneurial sector is waning and as a result employment growth will suffer, the latest Adcorp employment index suggests.

The latest index for February indicated a marginal annualised increase of 1.5% in overall employment, equating to 24 000 new jobs in the economy.

Although jobs are still being created according to these figures, they showed an overall slowdown from the 80 000 jobs created in January.

The report also stated entrepreneurship was on the decline.

In 2001 250 000 people were actively involved in setting up their own small business enterprise. This figure dropped to 58 000 in 2011, equating to a massive 76% slowdown in small business creation.

If a small business employs 12 people on average, the pullback in entrepreneurial activity over the past five years equates to a massive 2.3-million possible job opportunities lost.

Although the decline could be connected to the 2008 global financial downturn and resultant recession the following year, the figures indicated a worrying trend.

Sixty-eight percent of South Africa’s workforce are at businesses who employ fewer than 50 people, and those employment prospects could wane if the current tendency continues.

“The real employment in our economy is happening right under our noses in the small and micro business sectors and we need to capitalise on that,” Dawie Roodt, chief economist at the Efficient Group told the Mail & Guardian.

“If we could create an environment which is not only more friendly to small business, but also actively encourages this sector, we’d immediately be better placed to create jobs,” Roodt added.

Kevin Lings, chief economist at Stanlib, said government needed to do more in supporting the “fundamentals of entrepreneurship”.

“South Africa needs a practical approach to facilitating entrepreneurship, nothing fancy. There is major scope to turn informal operations into slightly larger enterprises that will create more jobs,” Lings said.

“It may well cost government money in the short term as small businesses tend to fail from time to time, but in the long run it is a risk worth taking. We can’t just rely on big business expanding and creating jobs,” Lings added.

But the need for the nurturing of small business development has been disputed in certain quarters.

Congress of South African Trade Unions spokesperson Patrick Craven said small business is not the only sector than can be relied on to create employment.

“We are always very sceptical about what businesses like Adcorp say about unemployment as they benefit in part from the current system. Nonetheless, we agree small businesses are important but they must work in conjunction with government initiatives and the big business sector in fighting unemployment,” he told the M&G.